On Sunday, Ms Danuis wrote: "Earlier today the Swedish Academy met with Bob Dylan for a private ceremony in Stockholm, during which Dylan received his gold medal and diploma" 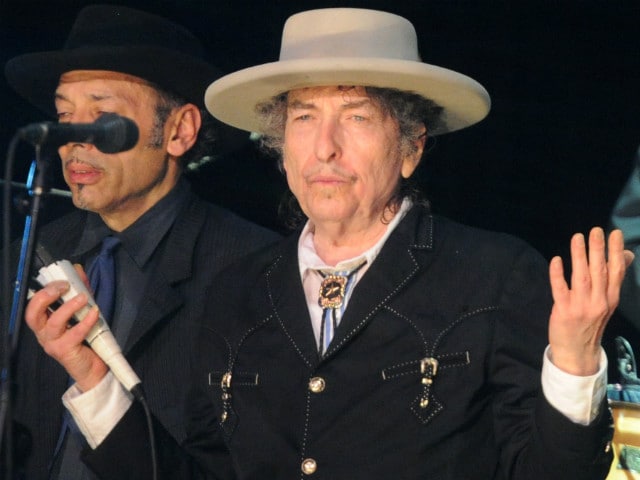 American singer-songwriter Bob Dylan, winner of the 2016 Nobel Prize in Literature, has finally accepted the Nobel Prize at a private ceremony in Stockholm, confirms a blog post shared by Sara Danius, the Permanent Secretary of the Swedish Academy. On Sunday, Ms Danuis wrote: "Earlier today the Swedish Academy met with Bob Dylan for a private ceremony in Stockholm, during which Dylan received his gold medal and diploma." Bob Dylan carefully avoided being photographed at the ceremony, which was attended by as many as twelve members of the academy. The ceremony in Stockholm was an intimate one, in accordance with Bob Dylan's wishes. Bob Dylan is expected to deliver two live performances during his stay in Stockholm.
"Spirits were high. Champagne was had. Quite a bit of time was spent looking closely at the gold medal, in particular the beautifully crafted back, an image of a young man sitting under a laurel tree who listens to the Muse," Ms Danuis added in her blog post.
The private ceremony was followed by Bob Dylan's live performance at the Waterfront Concert House, also attended by the members of the Swedish Academy. "The day came to an end with Dylan's extraordinary performance at the Waterfront concert house," Ms Danuis mentioned in her blog post.
The Academy had previously informed that Bob Dylan will not be delivering a lecture during the ceremony and that a taped version of Mr Dylan's acceptance speech will be handed over to the Academy. On October 13, Bob Dylan was conferred the 2016 Nobel Prize in Literature "for having created new poetic expressions within the great American song tradition".
The announcement was followed by a few days of silence from the singing legend, and then he told the Academy in a statement: "The news about the Nobel Prize left me speechless. I appreciate the honour so much."