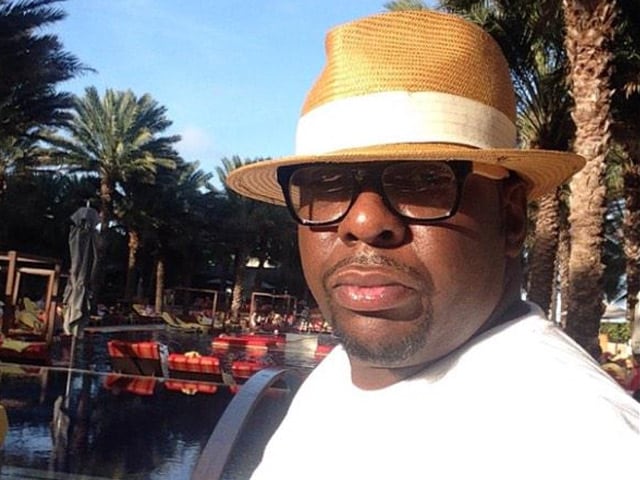 This image was posted on Twitter by Bobby Brown

Bobby Brown returned to the stage for the first time since his daughter Bobbi Kristina's death last month to perform with close friend Macy Gray at the Hollywood Bowl.
The pair sang a duet, Real Love, during Macy's Smooth Summer Jazz 2015 set, People magazine reported.
The enthusiastic crowd cheered Mr Brown, 46, on and he thanked them for their prayers. (Also Read: Bobby Brown says 'Final Private Goodbye' to Bobbi Kristina)
The performance comes less than a month after laying his daughter to rest beside her mother, Whitney Houston, in New Jersey on August 3.
Bobbi Kristina died at age 22 on July 26 while in an Atlanta hospice, nearly six months after she was found unresponsive in her bathtub.