Britney Spears Trolled on Twitter For Lip-Syncing During VMA Performance

Dressed in a sparkly gold leotard and matching over the knee boots, Britney Spears performed a duet with rapper G-Eazy 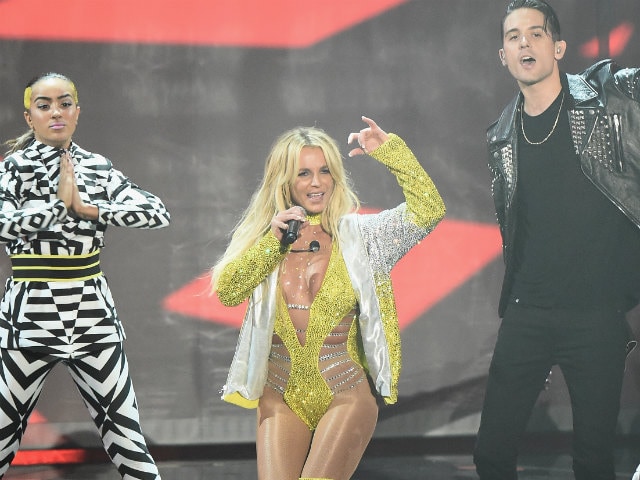 Britney Spears made her eagerly-anticipated return to the MTV Video Music Awards (VMAs) nine years after her tragic performance at the VMAs in 2007, but it looks like things did not turn up as expected.
The 34-year-old popstar performed Make Me from her new album Glory but faced criticism on social media for lip-syncing on stage, and "doing it badly," reports The Telegraph.
Dressed in a sparkly gold leotard and matching over the knee boots, she performed a duet with rapper G-Eazy.
Some reviews called the singer's comeback 'triumphant' but some said the Britney struggled to match Beyonce's performance.
Here's how Twitter reacted:
"Looks like @britneyspears is up next! Here she is backstage with @KimKardashian! #BritneyOnVMAs @vmas," said one.
"Lol britney if you're gonna lip sync you at least have to learn the words," tweeted another.
"After all these years you'd think Britney would be a master at lip syncing, guess not," wrote the third.
"Britney Spears could lip sync the entire Declaration of Independence in a glittery jumpsuit and I'd watch the whole damn thing," read another Tweet.