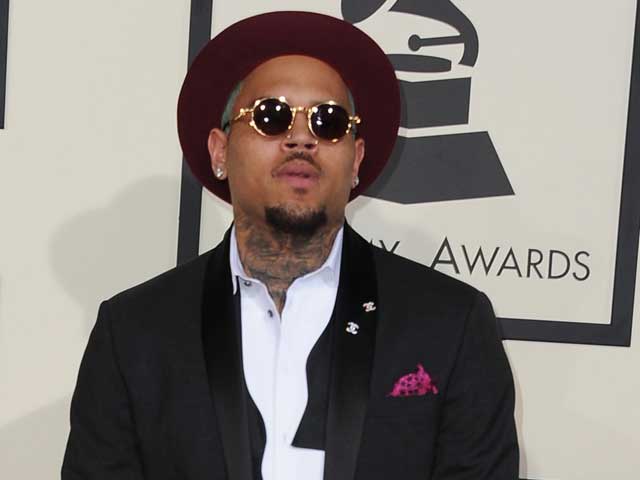 Chris Brown was smiling in both videos

Chris was stopped from leaving the Philippine capital, a day after performing at a Manila concert, amid a fraud complaint was filed against him

American hip-hop star Chris Brown took to swearing and break-dancing as he ranted on Thursday about being stranded in the Philippines over a row with an influential sect.
The 26-year-old was stopped from leaving the Philippine capital on Wednesday, a day after performing at a Manila concert, after a fraud complaint was filed against him by the indigenous Christian group Iglesia ni Cristo (Church of Christ).
"Can somebody please tell me what the f*** is going on? I don't know. I'm reading headline after headline. What the f***? What the fuck is going on," the pierced and tattooed singer said in a video post on his official Instagram account that later appeared to have been taken down.
The justice department said the row erupted after Chris Brown failed to show up for a scheduled New Year's Eve concert at an Iglesia-owned indoor arena on Manila's northern outskirts on December 31 last year.
The immigration bureau said Chris would have to prove there was no ground to charge him with fraud before he was allowed to leave the country. State prosecutors are studying the Iglesia complaint.
The video appeared to have been taken in a hotel room, with soda cans and snacks scattered on tables. His companions were sprawled on couches, wrapped in white blankets.
In a second video post, Chris raised both hands in the air and said, "I didn't do nothing".
He then break-danced in front of a giant flat screen television that was showing computer games.
Chris Brown was smiling and appeared playful in both videos, posted in the early hours of Thursday.
The Grammy Award-winning singer has not left the Philippines, contrary to a USA media report that he has left for Hong Kong, Bureau of Immigration spokeswoman Elaine Tan told AFP.
Manila airport authorities said his private jet sat at a hangar on Thursday.
Press reports said he is holed up in a Manila hotel two days after his Tuesday concert at another Manila venue.
Calls and emails to the Iglesia ni Cristo and to Chris Brown's spokeswoman and concert promoters on Thursday seeking their comment on the case were unanswered.
Fans cheered and jeered the singer on his Instagram posts.
"Pay your debts, estafa (fraud) boy," Erwin John Antonio Capili (threetothehead7) commented.
"You might as well go to Palawan, while you're still here. Enjoy the beaches we have," Rach Mapa (rachelismbebe) said, referring to a tourist island famous for white sand beaches and dive spots.
The Chris Brown saga was just the latest run-in by foreign entertainers against conservative religious groups in the devoutly Catholic Philippines, a former Spanish and American colony.
In March, two members of British boy band One Direction who were known to have smoked marijuana each paid a 200,000 peso ($4,500) bond before they could perform in Manila.
In 2012, flamboyant American pop singer Lady Gaga drew the ire of conservative Catholics for alleged blasphemous imagery, prompting strict censors' monitoring of her show.
In June 2009, Chris Brown pleaded guilty to assaulting pop star Rihanna, who suffered facial injuries and was forced to cancel an appearance at that year's Grammy Awards.
Chris Brown was sentenced to five years' probation, a yearlong domestic violence program and 180 days of community labor.
His probation was finally lifted in March this year.