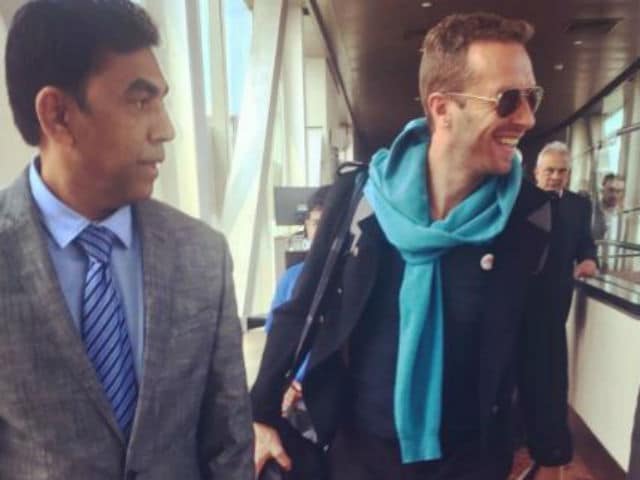 Coldplay frontman Chris Martin arrived here three days ahead of the debut edition of the Global Citizen Festival India (GCFI), where he is scheduled to perform with his world-famous British rock band. Chris, who is the curator of the festival, has flown in much in advance to make sure the planning for the event which is set to take place in MMRDA grounds on November 19.
"Chris has come in to Mumbai today. The rest (of the band members) will follow," Sabbas Joseph, director, Wizcraft International Entertainment which is producing GCFI, told IANS.
The gala, set to take place at the MMRDA grounds here on Saturday, is focused on creating an impact in areas of education, equality, and clean water and sanitation.
Fan clubs Instagrammed pictures of Coldplay lead singer as soon as he arrived:

And some caught up with him during the transit:

"Chris is the curator of the festival. He is here to check on stuff, be a part of as much as he can be, and push the envelope and engage with as many people as possible to be able to make an impact," Sabbas said.
So, he's keeping the team on their toes?
Sabbas laughed, and said: "Yeah, and why not?"
For Wizcraft -- which had organised late King of Pop Michael Jackson's 1996 show here, the experience of working with Coldplay is special.
"They are the world's most popular rock band, they are very good and they care about the cause they are supporting. That makes it more special than just their popularity.
"Chris Martin has come to the city three days in advance. That's how committed he is. And to be associated with talent who care about what they represent, is special," Sabbas said.
He says the concert is very close to being sold out -- given how "it's going to be a full-fledged performance of Coldplay".
"It has been a while since such a concert happened in India. The last I can remember is when we brought Michael Jackson down to Mumbai in 1996. It has been 20 years since then, so it is unique and special."
GCFI also features boy band The Vamps who too have arrived here. 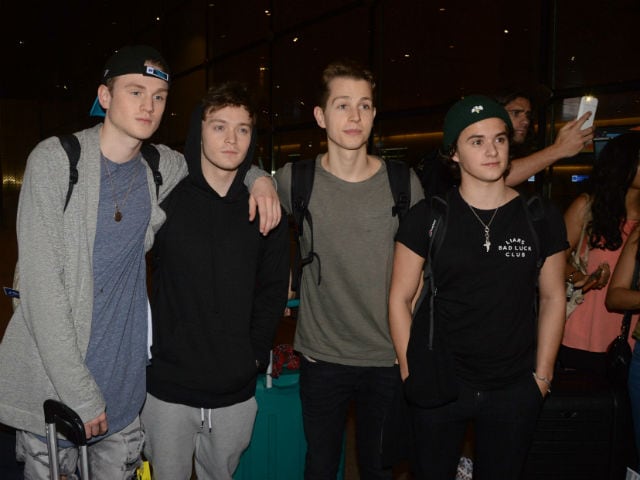 Other artists expected are Jay Z and Demi Lovato. Among Indian celebrities who will be present at the gala are names like Amitabh Bachchan, A R Rahman, Shah Rukh Khan, Freida Pinto, Alia Bhatt, Ranveer Singh, Katrina Kaif, Sonakshi Sinha, Parineeti Chopra, Monali Thakur and Arijit Singh.
(Except for the headline, this story has not been edited by NDTV staff and is published from a syndicated feed.)