The six-hour event will also have performances by Ranveer Singh, Farhan Akhtar and A R Rahman along with international rapper Jay-Z. Ranveer will perform to a medley of his popular tracks 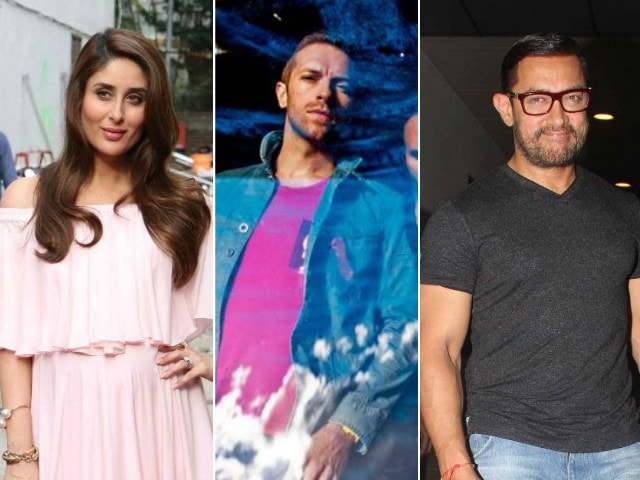 After much hullabaloo about the tickets to the much-awaited Coldplay concert in Mumbai, now it is known that the celeb line-up at the concert will include Bollywood stars like mom-to-be actress Kareena Kapoor and actor Aamir Khan.
No need to rub your eyes for what you just read is true.
The six-hour event will also have performances by Ranveer Singh, Katrina Kaif, Shraddha Kapoor, Dia Mirza, Arjun Kapoor, Farhan Akhtar, A R Rahman and Arijit Singh along with international rapper Jay-Z. Ranveer will perform to a medley of his popular tracks.

Global Poverty Project's co-founder Hugh Evans said in a statement that there's no shelling out money for an entry to the concert as all the artists are performing free. Moreover, part of Coldplay's contribution to the Global Poverty Project, lead singer Chris Martin has agreed on an association of 15 years.
Earlier it was reported that tickets to the concert be available for a minimum sum of Rs 25,000 with the highest-priced ones being staked at Rs 5 lakhs. Twitter was abuzz with jokes ranging from selling body parts to Coldplay breaking hearts. Also referring to Twitter's reaction, Mr Evans clarified: "Tickets are free. The media feel free to fact check before sending twitter verse into a frenzy. No need to sell any body parts trust me (laughing). Chris has made a 15 year commitment. All artists are performing for free."
On July 10, Global Citizen also announced that tickets can be earned by participating in sanitation and sanitation initiatives.

On Monday, the Coldplay frontman said: "Over the next few weeks will be clear how you can win tickets. Grateful to your powerful people for letting this happen."
Coldplay is scheduled to perform in India on November 19, which is World Toilet Day, as part of the first Global Citizen Concert in India, organised by The Global Education and Leadership Foundation.