Coldplay rocks Mumbai this November and Twitter is absolutely scandalized by the reported ticket price of Rs 25,000 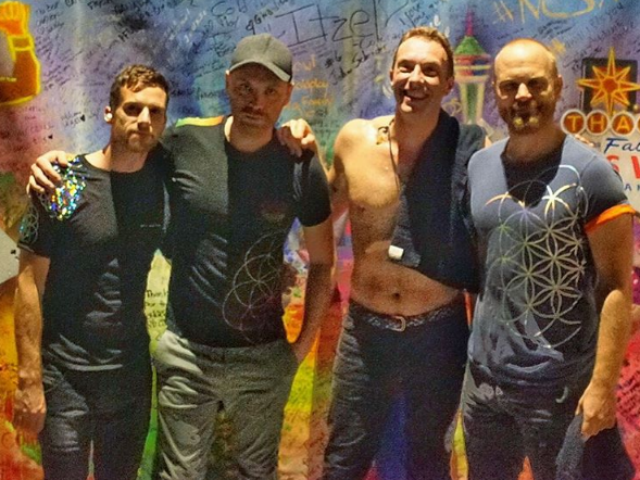 Coldplay rocks Mumbai this November and Twitter is outraged, Twitter is horrified, Twitter is absolutely scandalized by the reported ticket price of Rs 25,000.
And that's just the cheap seats, mind you. The tickets will be as expensive as Rs five lakhs, mid-day quotes a source as saying.
Everyone hoping to catch Chris Martin live promptly fainted. Twitter also.
November 19 is Coldplay's date with Mumbai, as part of the Global Citizen Festival run by Chris Martin and other celebs. Apparently Jay-Z might be there, with homegrown stars like Amitabh Bachchan, Deepika Padukone and Aamir Khan - not to mention a contingent of political bigwigs.
So, Twitter.
Can't get over it:


Thanks @coldplay ! My phone is cheaper than your show tickets in India. P.s middleclass people are fans too.

Or can get over it:


If you can pay 15k for airpods, you can definitely pay 25k for the coldplay concert.

Is feeling left out:


Coldplay concert in Mumbai will be like the VVVVIP party. All bade log will be drinking wine..kya matlab


Coldplay in Mumbai for 25k-5 lakhs? I'd rather travel all the way to New York, attend Rihanna's concert and get a life goal accomplished


After knowing the price for #Coldplay concert in #India suddenly I feel lucky for not knowing anything about them.

Wants to do things the desi way:


Whom should I bribe to get a Coldplay ticket for free


I have a feeling 25k ticket for Coldplay is just a publicity stunt. Actual will be around 7-9k

Is resigned to this fate:


God gave you two kidneys for a reason. One for iPhone 7 and one for Coldplay.

As for us, we'll be depending on the lucky and moneyed few to post pictures and videos on social media. And we'll be watching to see who knows the words to the songs.
Last year, Chris Martin took Delhi by surprise with an impromptu gig at a local nightclub. He returned on official business and later, Coldplay filmed part of a music video in Mumbai. Sonam Kapoor and Beyonce featured - so therefore it's not entirely unlikely that Jay-Z might make it to Mumbai.
Anyway Coldplay, thanks for breaking our heart.