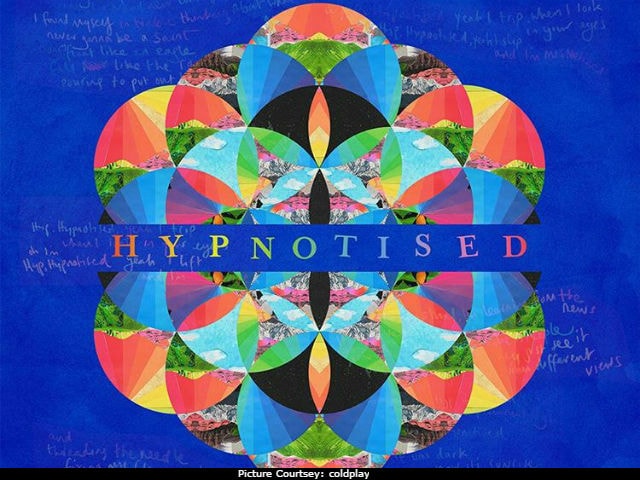 Hypnotised is fifth in the album (Courtesy: coldplay

It was Coldplay's lead vocalist Chris Martin's 40th birthday on March 2, so, how can not the band make it special for the singer! The British rock-band released the first track Hypnotised of its new album Kaleidoscope EP (Extended Play) or EP on Thursday. Also, the band recently unveiled another song Something Just Like This, which is in collaboration with Chainsmokers. Coldplay shared the lyric video of the new track from EP on YouTube, which was meant as a surprise to fans. The new album EP will comprise five tracks, which will also feature Something Just Like This, a number that was debuted live by the band at the BRIT Awards with Chainsmokers. Kaleidoscope EP (Extended Play) is a sister release to the band's 2015 album titled A Head Full Of Dreams. The complete album will be released on June 2.
The track is heavily based on piano and surely sounds hypnotic. The chorus, "Now I'm hyp, hypnotised... Yeah I trip, when I look in your eyes... Oh I'm hyp, hypnotised... Yeah I slip and I'm mesmerised," is beautifully sung. The visuals result into a mesmerising video and goes beautifully with the dreamy lyrics.
Hypnotised is the fifth song in the album. Coldplay released the song on social media announcing the name of other tracks. Other than Hypnotised and Something Just Like This, the album will also feature three other track like All I Can Think About Is You, Miracles 2 and A L I E N S.
Watch the video of Hypnotiosed

Here's are some more details of Coldplay's new album

Something Just Like This broke the records on YouTube for single day views with 9 million hits and has received about 368,500 hits within a short while after its release. The band will be performing at the Global Citizen Festival in Hamburg, Germany on July 6.