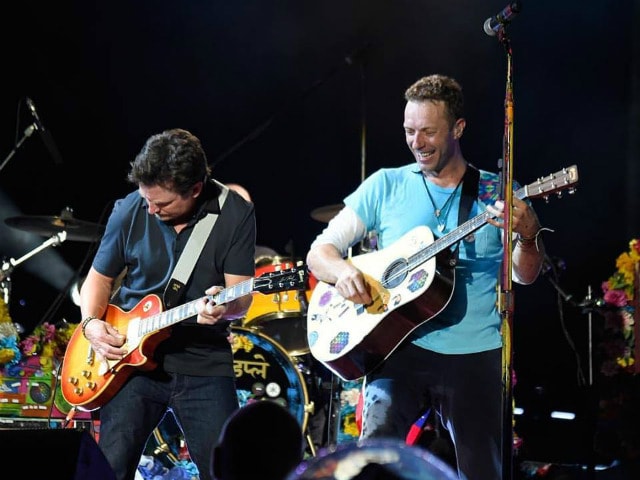 British rock band Coldplay's maiden gig in India as part of the debut edition of the Global Citizen Festival will raise funds for orphans across the country.
The inaugural Global Citizen Festival India will be headlined by Coldplay, Jay Z, Aamir Khan, Ranveer Singh, Katrina Kaif, A R Rahman, Farhan Akhtar, Shraddha Kapoor, Arjun Kapoor, Arijit Singh, Dia Mirza, Shankar-Ehsaan-Loy and Monali Thakur. The event will be held in Mumbai on November 19.
In its first year, the Global Citizen India movement is focusing on three major issues integral to eradicating extreme poverty - quality education, gender equality and water, sanitation and hygiene.
Miracle Foundation, a non-profit organization based in New Delhi and the US, have partnered with the festival to raise awareness and funds for orphans across the country.
The Miracle Foundation will be an official non-profit partner of Global Citizen India for the next 15 years, read a statement.
Other stars to join the movement are superstar Shah Rukh Khan, cricket icon Sachin Tendulkar, actors Ayushmann Khurrana, Malaika Arora Khan, Sonakshi Sinha and Parineeti Chopra, along with sports personalities like Sakshi Malik, and Vijender Singh.
The organisers of Global Citizen India and Miracle Foundation will work with Ketto, an online crowd-funding platform, to help raise funds for orphans.
Caroline Boudreaux, Founder of Miracle Foundation, said: "Together we look forward to making a huge impact on some of the most vulnerable children in our society today."
In addition to this association, the foundation will also be launching a social media campaign.
This six-hour concert will also feature live musical performances, stars, dancing, and short films by eminent filmmakers.
Coldplay comprises Chris Martin, Jonny Buckland, Guy Berryman and Will Champion.
Chris, who visited India last year for the Global Poverty Project to oversee innovative projects addressing sanitation in local communities, is the curator for the Global Citizen Festival.