"Bollywood blunder: Indian actress Deepika Padukone may be stunning but her swamp green bralet and skirt combo did nothing for her sensational figure," wrote Daily Mail. 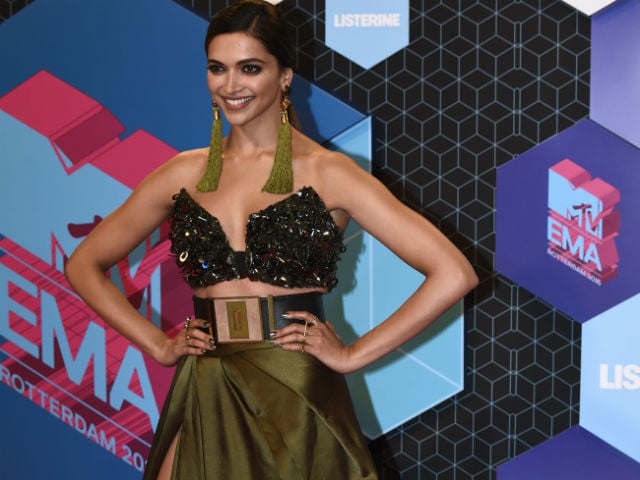 A music awards event is almost always an occasion attended by more fashion mavericks than a film event would be. The red carpet is accordingly much quirkier - Lady Gaga, for instance, dials her sartorial flamboyance down for the Oscars. This permissiveness when it comes to big ticket style doesn't always go down well with everyone, as actress Deepika Padukone has discovered first-hand after wearing a custom-made Monisha Jaising ensemble to the MTV European Music Awards on Sunday in Rotterdam.
British tabloid Daily Mail has put Deepika and her bustier and belted skirt outfit on its worst-dressed list, branding it a 'Bollywood blunder.'
"Indian actress Deepika Padukone may be stunning but her swamp green bralet and skirt combo did nothing for her sensational figure," wrote Daily Mail in its report.
Predictably, Twitter is outraged that the 30-year-old actress is on the list:


I quite liked this dress though... I don't understand what's so bad about it!! #deepikapadukone#fashionblogger@DailyMailUK@afdiarieshttps://t.co/gNh6bi0HxZ

Them legs tho. Forever making me question mg sexuality. #deepikapadukonepic.twitter.com/ZXdPfOuGrV

And there were some who didn't care what Daily Mail thought.

@deepikapadukone see , our queen in #EMAS#DeepikaAtEMAS no one can beat him.. she is the best and sweet .. she is my ideal woman pic.twitter.com/wHZwpQDvgO