The biggest surprise, however, was the inclusion of K.S. Chithra in the tracklist. This is the first time that multiple National-award winner Chithra has sung for Dhanush's film. The song, titled Ariraro seems to be a lullaby 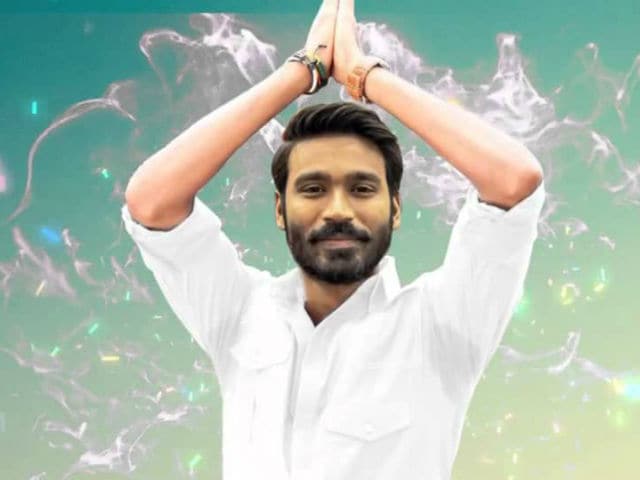 Dhanush in a poster of Kodi

After a grand motion poster release featuring not one but two versions of Tamil superstar Dhanush in a double-role, the anticipation for his upcoming Diwali release has heightened considerably. And fans are eagerly awaiting a grand audio launch for the film, which also stars Trisha and Premam actress Anupama Parameshwaran.
There might be some disappointment in store, however, as Dhanush has opted for a soft audio launch for the film, if his recent Twitter post is to be believed.
Dhanush, who has also recently stepped into the director's shoes with Power Paandi, unveiled the track-list on Twitter which features songs by an exciting line-up of singers, revealing that the audio is available from October 5 on iTunes and YouTube.

And later shared a track playlist link as well.

Rumour mills have put two and two together that Kodi's album would be launched on Wednesday purely digitally, even as there was no official confirmation from the actor himself. Additionally, CDs hit shops directly on the same date.
Kodi's album has fans excited for more reasons than one. The music has been composed by the very sough-after Santhosh Narayanan, who recently scored Rajinikanth's Kabali. This is the first time that Santhosh and Dhanush have worked together.
Notable names like Shankar Mahadevan and Swetha Mohan also lend their voices to the album.
The biggest surprise, however, was the inclusion of K.S. Chithra in the tracklist. This is the first time that multiple National-award winner Chithra has sung for Dhanush's film. The song, titled Ariraro seems to be a lullaby.

Other tracks include Kodi Parakkudha performed by Dhanush himself, El Suzhali, Sirukki Vaasam and Vettu Pottu.
Fans would be reminded of another veteran singer S. Janaki singing for Dhanush's Velai Illa Pattadhari, and now Chithra has been brought on-board for one of his films as well.
Directed by R. S. Durai Senthilkumar, Kodi hits screens on October 28. The trailer of the film will be out on Wednesday evening.
Listen to Kodi Parakkudha here: