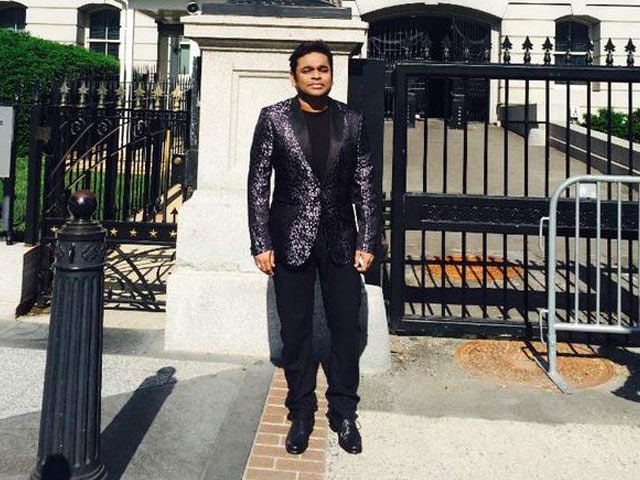 This image was posted on Twitter by AR Rahman

The film, directed by Umesh Aggarwal, traces the journey of the Oscar and Grammy-winning music composer's professional and personal life. It explores the evolution of his style of music - a fusion of Eastern sensibilities and Western technology. (Also Read - AR Rahman: Reggae, Raga or Rock, He's Got It)
The musician also performed at a concert in Wolftrap, a performing arts center located in Vienna, near Washington.


Now to Wolftrap, Vienna for the concert pic.twitter.com/D7Ex4F3IbI


Dear fans and music lovers from DC - Together we've set a new record in the history of Wolftrap, Vienna with our concert being the highest grosser ever!எல்லாப் புகழும் இறைவனுக்கே