#EuphoriaHallaBol trended on Wednesday morning, partly because some dismissed the video as singer Palash Sen looking for 'cheap publicity' 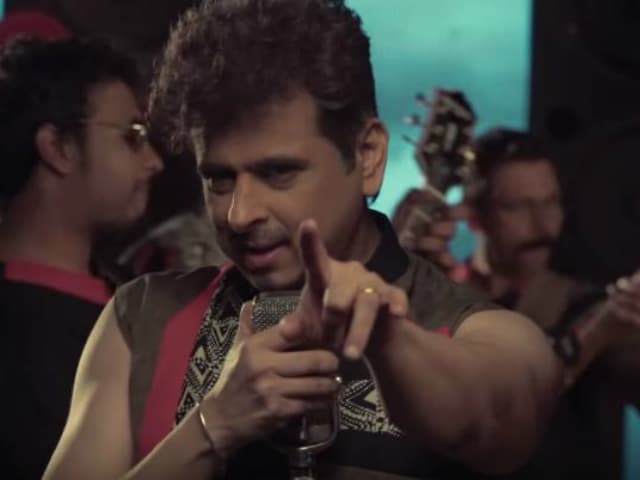 A still from Halla Bol.

Commercialism, sensationalism, communalism, trolls, religious sentiment, freedom of expression - almost nothing is off the table in Halla Bol, the first single from Euphoria in 15 years, and Twitter cannot get over it. #EuphoriaHallaBol trended on Wednesday morning, partly because some dismissed the video as singer Palash Sen looking for 'cheap publicity.'
Twitter is euphoric but not in a way that's flattering to the song:


Palash sen is not a part of India's band but a part of 'Apna Band bajwao' #EuphoriaHallaBolhttps://t.co/NvoP2oKONo

PalashSen you can't be better than this. We expect more on this #EuphoriaHallaBolhttps://t.co/AtQR3gFHTI

This is epic haha :p Palash Sen Nailed it #EuphoriaHallaBolpic.twitter.com/JnrxT3nPPq

Euphoria repeat 'halla bol' and 'jeene marne ki azaadi' time and again throughout the song which is a musical satire of sorts. And for Bengalis out there, please note that the song also has a connection to 'maachher jhol' as well.
Watch the video here:

Co-written by Palash Sen and Deekshant Sahrawat, Halla Bol is also composed by Palash. Euphoria released the song on Tuesday and described it as "The war cry of the meek, the quiet and the non-pretentious common man."
Euphoria released their first album Dhoom in 1998 and became an instant hit. The greatest hits include songs like Dhoom Pichak Dhoom, Maaeri, Ab Naa Ja and Mehfuz. In 2012, the band released their last album, Sharnaagat.