Farhan Akhtar Says 'Lewd Lyrics' Is 'Not Music' To Him 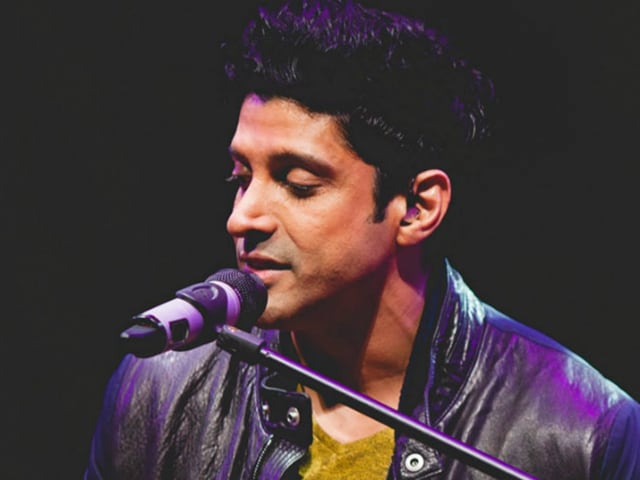 Farhan Akhtar is the son of lyricist Javed Akhtar

Actor-Singer Farhan Akhtar is not that regular in sharing his views on social media but when it comes to music he is very much straight with his opinions. The singer, the actor and lyricist Javed Akhtar's son shared his choice of lyrics and what type of music does he wants to be a part of his movies. On Thursday evening, Farhan tweeted sharing his views on "lewd" lyrics and wrote: "Songs that use lewd lyrics are #NotMusicToMyEars and I commit to make sure they are not part of the movies I make." Farhan has sung songs like Senorita, Socha Hai, Bhaag Milkha Bhaag.


Songs that use lewd lyrics are #NotMusicToMyEars and I commit to making sure they're not part of the movies I make.

Farhan, who has a love for music, always encourages his co-stars to sing. He has made his co-stars like Amitabh Bachchan, Hrithik Roshan, Arjun Rampal, Priyanka Chopra and Shraddha Kapoor to croon with him for a song in their respective movies. On Wednesday morning, Farhan also applauded his Wazir co-star Aditi Rao Hydari for making a rendition of A R Rehman's song Vaan from her upcoming Tamil movie Kaatru Veliyidai in an interview. Also, he requested Aditi Rao to make a rendition of Raaton Ko Jagaata Hai Kaun?, a song from their movie Wazir.


Wow.. that is so good..
Please can you do a rendition of 'Raaton ko jagaata hai kaun? Wazir!' ..@aditiraohydari#kaatruveliyidaihttps://t.co/qWOylb8aMv

The actor was also very prompt to appraise actress Parineeti Chopra, who recently made her singing debut with Maana Ke Hum Yaar Nahin from her upcoming movie Meri Pyaari Bindu. Farhan, 43, wrote: "Beautifully sung Parineeti Chopra. And man! It's not an easy song to sing. Well done. Keep shining.(sic)"
Farhan Akhtar, who was last seen in Rock On 2, is currently shooting for Lucknow Central in Lucknow.