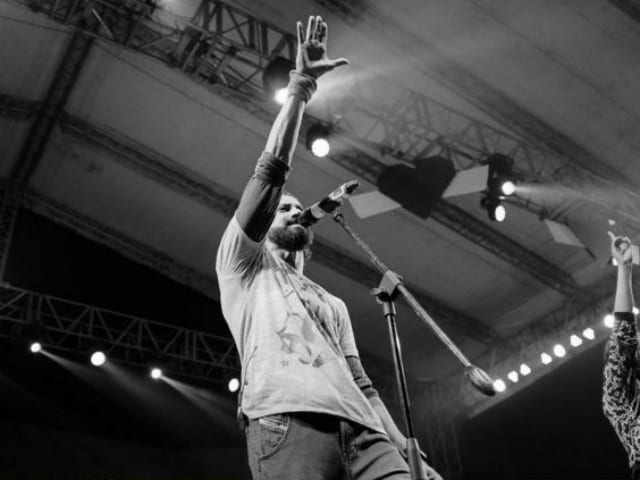 "The song talks about an equal world; seeing every person beyond gender, colour of skin cast, creed, economic definition and race. It talks about celebrating equality as opposed to challenging it. It's inspired by something that my younger daughter had done," said Farhan Akhtar

Actor-filmmaker Farhan Akhtar has come up with new song We Are All On The Goodside for International Women's Day. He said the track talks about equality in totality.
Farhan has associated with Farout Media, a music innovations, publishing and talent development company, and music director Kalyan Baruah for the song.
"The song talks about an equal world; seeing every person beyond gender, colour of skin cast, creed, economic definition and race. It talks about celebrating equality as opposed to challenging it," Farhan told IANS.
Music is a great way to express support and highlights the important role and contributions women make in our society. This song also celebrates the spirit of being a woman and their achievements across the world.
The Wazir actor said that he really cannot dedicate this song to just one person, but it is for all those who are "a part of struggle".
The Bhaag Milkha Bhaag star, who is dedicated towards raising women empowerment issues and makes significant contributions through MARD (Men Against Rape and Discrimination) and is the male ambassador for UN Women in South Asia, said that he took inspiration for the song from a painting made by his younger daughter Akira. (Also Read: Farhan Akhtar Announces His Band's First US Tour)
"It's (the song) inspired by something that my younger daughter had done. She created a drawing which had this written, 'We are all on the good side'. I was inspired by that because I found that in its childlike way, a great way to look at the world. Hopefully everyone could see it like that. That everyone is on the same side in one team of wanting to live happily and peacefully with each other," he said.
Farhan's Women's Day song will be released on March 8.