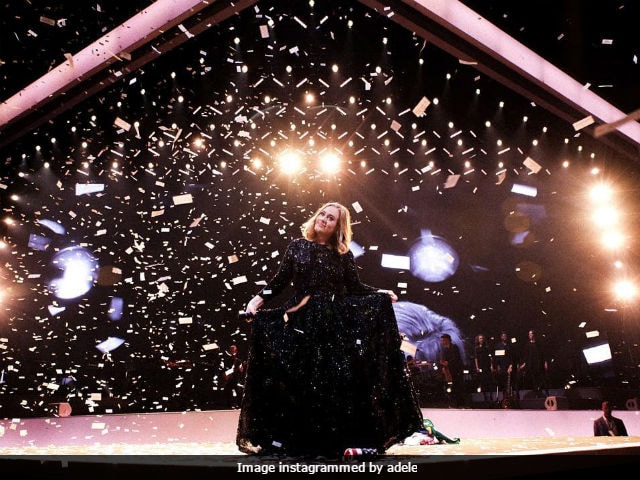 Singer Adele has topped the list of on Forbes Magazine's highest paid Grammy nominee. The 28-year-old singer beat Beyonce, Rihanna, Paul McCartney, Justin Bieber and The Weeknd for the number one spot. According to Forbes, the Hello singer made $80.5 million from 2015-2016. Her 2015 album, 25, was a massive commercial success and sold 3.38 million copies in its first week of release. Adele's album also sold 20 million copies in June last year, making it one of the best-selling albums worldwide. Forbes magazine also estimated that her song Someone Like You earned at least $3.8 million per city from her massive sold-out "Adele Live" tour.
The We Found Love singer, Rihanna, is second on the Forbes list with $75 million fortune. Rihanna has been nominated in eight categories at the upcoming Grammys, which includes her hit single Work.
Justin Bieber, who has four Grammy nods, ranks fourth on the list with the total earnings of $56 million. The 22-year-old singer made a huge amount of money with his fourth studio album Purpose.
Meanwhile, Beyonce who has been nominated for nine Grammys ranked seventh with earnings of $54 million. Her last album Lemonade has been nominated for Album of the Year, Record of the Year.
Forbes used data from its list of the World's Highest Paid Musicians to make the Top Paid Grammy Nominees List. The magazine measures pre-tax earnings from June 2015-2016 before deducting fees for agents, managers and lawyers.
The 59th Annual Grammy Awards ceremony will be held on February 12.