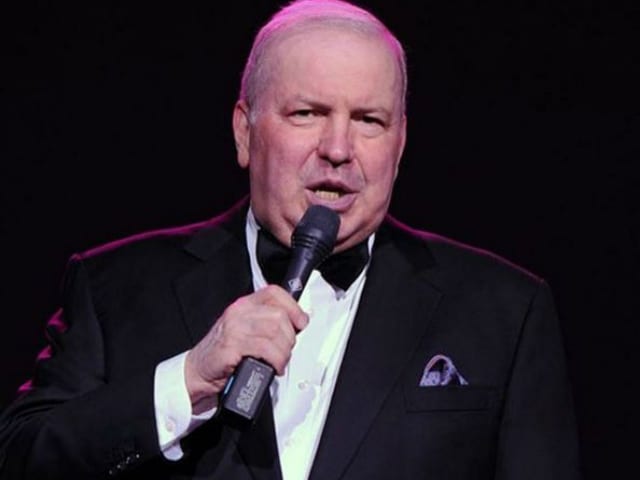 Frank Sinatra Jr, the son of famous singer and actor Frank Sinatra, who carved out his own career as a singer and conductor, died on Wednesday at the age of 72, his sister said.
His sister, Nancy Sinatra, posted a statement on Facebook saying: "Sleep warm, Frankie."

Mr Sinatra was set to perform several of his father's songs at the Peabody Auditorium in Daytona Beach on Wednesday night, but the event was canceled when the singer fell ill, the auditorium said in a statement on Facebook.

Frank Sinatra Jr. has passed away. He was scheduled to take our stage tonight. Our love to his family and fans.

At the age of 19, a group of men kidnapped Mr Sinatra at gunpoint in 1963 from a Lake Tahoe casino and held him captive until his father paid a $240,000 ransom. The group was later arrested and the ransom recovered.
Mr Sinatra was just starting his career in music at the time and was kidnapped. His career never reached the starry heights of the elder Sinatra, but he did act as conductor and musical director in the final years of his father's career.
Sinatra Jr was in Daytona Beach on Wednesday and set to perform his show Sinatra Sings Sinatra, which would have included his renditions of his father's greatest hits as well as first-hand recollections of Ol' Blue Eyes.
The Daytona Beach News-Journal reported that he died at the Halifax Health Medical Center. Sinatra Jr told the newspaper recently that he never felt ashamed not reaching his father's level of fame.
"I think in my generation, when I came along in the early '60s, the type of music that was in vogue in society in those days had moved on to another kind of music," he told the News-Journal. "I was trying to sell antiques in a modern appliance store."
As news of his death spread, entertainers took to social media to pay their respects.
Singer Tony Bennett said on his Twitter account:

I am deeply saddened to hear of the passing of Frank Sinatra Jr and send my sympathy to Tina and Nancy and the Sinatra family.

Frank Sinatra Sr died of a heart attack in 1998.