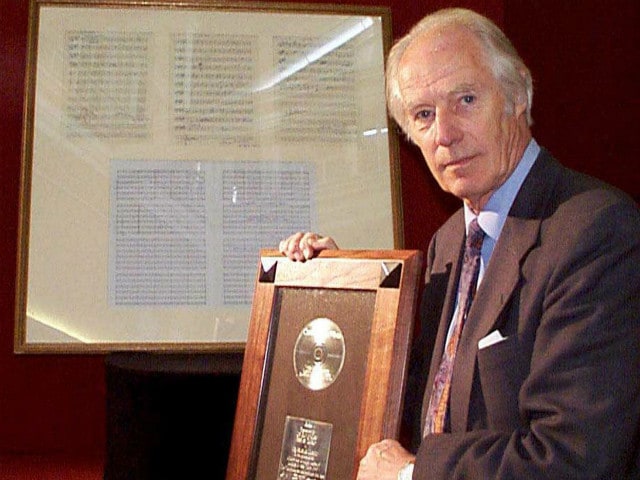 "God bless George Martin peace and love to Judy and his family love Ringo and Barbara George will be missed. Thank you for all your love and kindness George peace and love," wrote ex-Beatle Ringo Starr

Thank you for all your love and kindness George peace and love xxpic.twitter.com/um2hRFB7qF

Every time I record at abbey road I geek out and play with the mics sir George Martin used. What an ear, what a life, what a legacy.

Thank you Sir George Martin: the greatest British record producer of all time. We will never stop living in the world you helped create.

R.I.P. George Martin. I'm so gutted I don't have many words. Thinking of Judy and Giles and... https://t.co/3Nc8sCgRpN

George Martin, record producer for The Beatles, has left us. The man co-invented virtually everything we know as popular music! RIP.

Sir George Martin was a giant of music - working with the Fab Four to create the world's most enduring pop music.