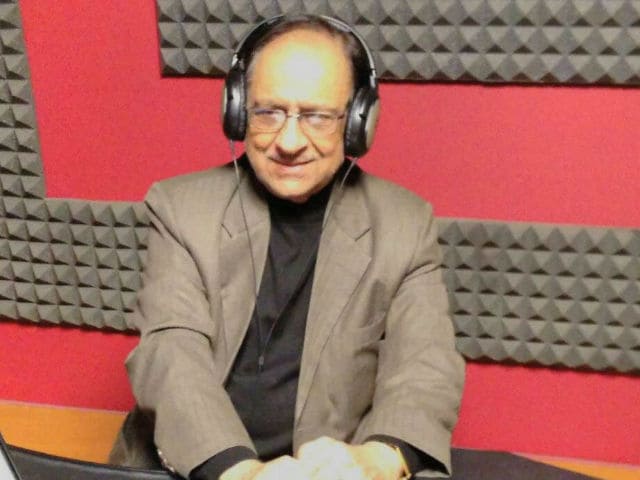 A file photo of Ghulam Ali.

"The event was going to happen on Friday at The Club in Andheri but now it is not happening. It has been cancelled," TV show host-turned-filmmaker Suhaib Ilyasi said. Ghulam Ali was scheduled to attend the music launch of Ghar Wapsi, a movie directed by Mr Ilyasi in which the 75-year-old singer has sung a patriotic song and also acted

A music launch event in which Pakistani ghazal maestro was to perform on Friday in Mumbai has been cancelled amid protests by Shiv Sena. The singer was to arrive in Mumbai on Thursday.
This is the second time the renowned singer, who has fans on both sides of the border, has not been allowed to perform in the city.
"The event was going to happen on Friday at The Club in Andheri but now it is not happening. It has been cancelled," TV show host-turned-filmmaker Suhaib Ilyasi told the Press Trust of India.
Mr Ali was scheduled to attend the music launch of Ghar Wapsi, a movie directed by Mr Ilyasi in which the 75-year-old singer has sung a patriotic song and also acted.
Mr Ilyasi said a member of the organising committee had gone to The Club to deposit the money but claimed he was told that "the booking has been cancelled".
"No reason was given. It is unfortunate that this incident is happening. Even Ghulam Ali sahib is aware of this and he is feeling sad about this," Mr Ilyasi said.
Mr Ilyasi claimed that the local police and some members of Shiv Sena has threatened the organisers forcing them to cancel the event.
When contacted, an official at The Club said there was no such booking, which Mr Ilyasi said he had confirmed personally at the venue.
Mr Ilyasi said, "I am hurt, disturbed and feeling very uncomfortable. There are a lot of forces in Mumbai and Maharashtra which do not believe in law and order."
Akshay Badrapurkar, a leader of Chitrapat Sena - Shiv Sena's film wing - said it is the stated policy of his party to oppose Pakistan artistes.
"We had not threatened anyone but we are against Pakistanis coming here and we will protest in our own way. We will do whatever we can, in a democratic way as far as possible, to ensure these artistes don't perform here," he said.
According to Mr Ilyasi, BJP leader Shaina NC had assured the organisers that protection will be given for the event if it happens in Mumbai. The event organisers had also sought extra security for the concert from Maharashtra government.
"On January 29, we are releasing the music of our film. We want him to have a secure and peaceful stay while he is Mumbai. We have requested the Mumbai Police and the State Government to provide protection for the same. In October last year, his concerts (in Mumbai and Pune) were cancelled due to a threat by Shiv Sena. The reason they gave was the tension prevailing between India and Pakistan," Mr lyasi said. (Also Read: Police Protection Sought For Ghulam Ali For Music Launch in Mumbai)
The director said he is yet to get a confirmation from the authorities on his request for security to the music maestro.
"I am yet to get a confirmation... But I am hopeful I will get it in a day or two. We will proceed only if we have the confirmation, until then everything is on stand-by." Mr Ilyasi said his upcoming film will be about the issue of 'intolerance' in the country.