British reggae band, UB 40, was in Bengaluru - and they played a concert in the city to a very warm response 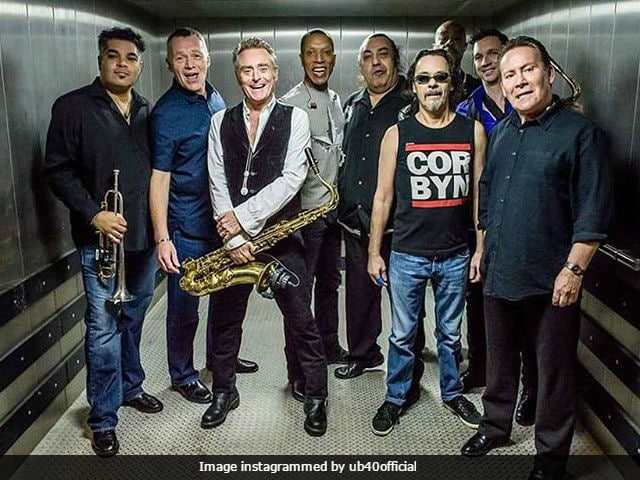 British reggae band, UB 40, was in Bengaluru - and they played a concert in the city to a very warm response. The most familiar face and former lead vocalist, Ali Campbell, has left the group but the current line-up played to a happy crowd at the Catholic Club. UB 40 started up in 1978 in Birmingham - and they are still going strong, with some changes in personnel. The band is named after an unemployment benefit form - but they have been doing well for themselves over the last almost 4 decades. Brian Travers, Saxophonist, composer and song writer, of UB 40 told NDTV, "Of course, you may not know this but we are from Little India in England which is a town called Birmingham, a city called Birmingham. And we live in the capital of Little India, and it is our favourite place on Earth. We feel a lot at home being here, it's just a little warmer and it doesn't rain quite so much."
The band played music from over the decades since they first got together.
"Well you know since this is our first trip to India for quite a while, we're going to play hits from where we started right up till now. We've had very many, we could play for three and a half hours, just hit records. We've been very lucky," Brian said.
This isn't the reggae band's first trip to India. They have played before with an Indian musical superstar.
Brian said, "We've played in Mumbai many years ago, about ten years ago and we were with Asha Bhonsle, you know the Bollywood singer. The number one singer in the world. She came along to sing with us. The crowd went nuts."
Fans at the concert, liked what they heard. Arleen Pinto said, "Lovely we are enjoying the music. It's our kind of music."
Sunil agreed, "It's great! I am enjoying myself!" he said.