Alicia's new original song will appear in the film and on the motion picture soundtrack from Walt Disney Records, which also features a score by Alex Heffes 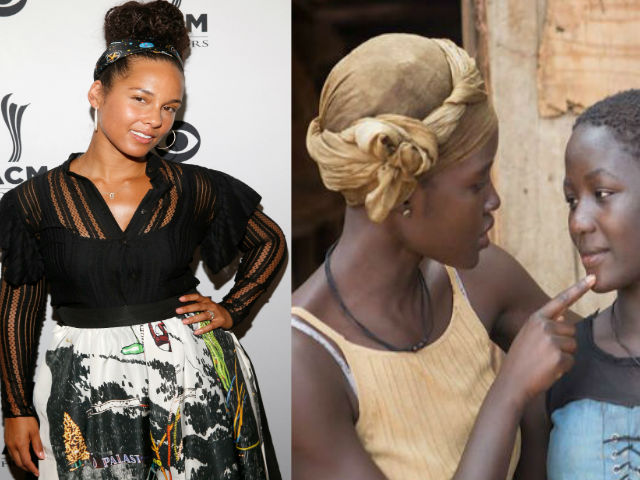 Singer Alicia Keys' new song Back to Life will feature in Mira Nair's upcoming film Queen of Katwe.
Walt Disney Studios has partnered with the 15-time Grammy Award-winning recording artist Alicia on the studio's upcoming film release Queen of Katwe, which will open in India on October 7.
The announcement was made on Thursday.
Alicia's new original song will appear in the film and on the motion picture soundtrack from Walt Disney Records, which also features a score by Alex Heffes.
Back to Life was written by Alicia, Carlo Montagnese and Billy Walsh and produced by Carlo and Alicia.
Starring Oscar-winning actress Lupita Nyong'o, Queen of Katwe is based on real-life events and chronicles the inspiring story of an underdog from the streets of rural Uganda.
"Queen of Katwe moved me in every way," said Alicia.
She added, "The film beautifully depicts Uganda with such honest attention to detail - the colours, the sounds, the people - all vividly brought to life. But most soulfully, it's the story of this fearless, brilliant girl Phiona who embodies the message that the rise to success first begins with opportunity, and the belief you have in yourself to pursue something bigger."
The singer feels her track perfectly fits with the theme of the film.
The film's Academy Award-nominated director Mira Nair - known for Salaam Bombay! and Mississippi Masala - said, "I have carried a torch for Alicia Keys' voice and passionate engagement with the world for years, so it was exciting to have her artistry join Queen of Katwe, which celebrates the idea that genius is everywhere."