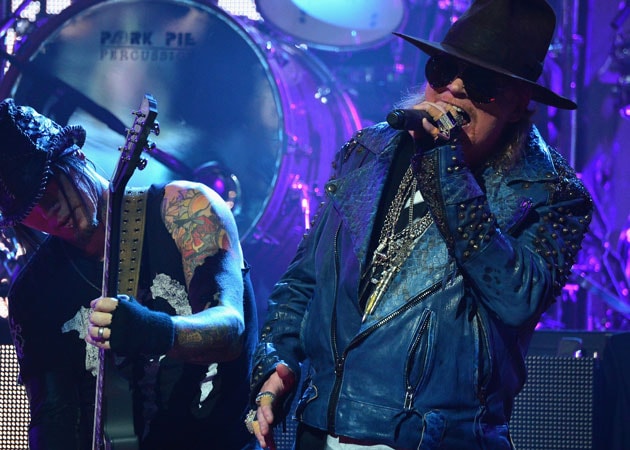 Guns N' Roses band members are finally working on a new record, six years after the release of their long-delayed album Chinese Democracy. (Also read: Steven Tyler warned Guns N' Roses about drug use)
The new album will be the band's first release since 2008's Chinese Democracy and the members are hoping to put out a record in 2015.
Guitarists Richard Fortus and DJ Ashba reveal the rockers have been recording ideas in home studios and passing them around to the other band members, reports contactmusic.com.
"We are working on stuff and hopefully very soon we're going to have new stuff out. Well, in the next year," said Fortus.