Arjun Kapoor shared a new poster from his film Half Girlfriend announcing that new song, titled Thodi Der will be released tomorrow 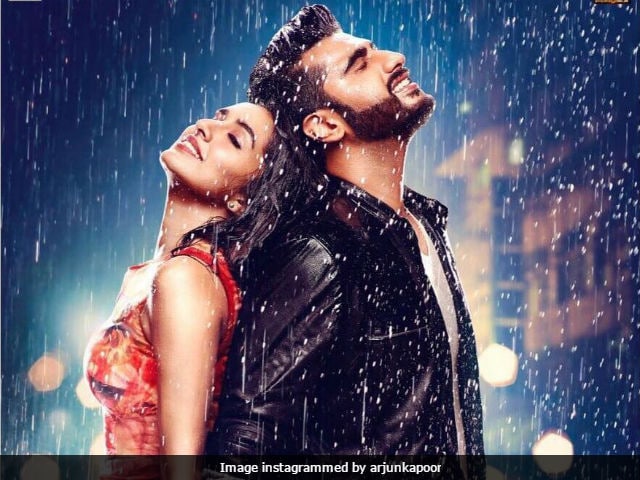 Actor Arjun Kapoor is currently busy promoting his film Half Girlfriend, co-starring Shraddha Kapoor. The 31-year-old actor shared a new poster from the movie on social media announcing that a new song, titled Thodi Der, will be released tomorrow. He captioned the poster as: "Wouldn't it be the biggest gift to pause the times we cherish the most? #ThodiDer comes out tomorrow!" Thodi Der will be the third song from the movie after - Phir Bhi Tumko Chahunga and Baarish. Half Girlfriend, directed by Mohit Suri, is based on Chetan Bhagat's novel of the same name. The film is scheduled to release in theatres on May 19.
See the poster shared by Arjun Kapoor below:


Wouldn't it be the biggest gift to pause the times we cherish the most? #ThodiDer comes out tomorrow!

Half Girlfriend will see Arjun Kapoor portray the role of Madhav Jha, a man who hails from Patna and Shraddha Kapoor will feature as Riya Somani, a Delhi-based college student. On April 10, the first trailer of the movie was released by its makers. The trailer received a tremendous response with over 20 million views on YouTube in just two days.
Watch the trailer of the movie below:

Half Girlfriend will be filmmaker Mohit Suri's third collaboration with Sharddha Kapoor. They have previously worked together in films like Ek Villain and Aashiqui 2.
After Half Girlfriend, Arjun Kapoor will next be seen in Anees Bazmee's Mubarakan, co-starring Anil Kapoor, Ileana D'Cruz and Athiya Shetty. The film is scheduled to release in theatres on July 28.
Shraddha Kapoor will next be seen in Apoorva Lakhia's Haseena: The Queen Of Mumbai. The film will see the 30-year-old actress portray the role of terrorist Dawood Ibrahim's sister Haseena Parkar.