The makers of Half Girlfriend starring Arjun Kapoor and Shraddha Kapoor unveiled the fourth song from the movie on Wednesday, titled Mere Dil Mein 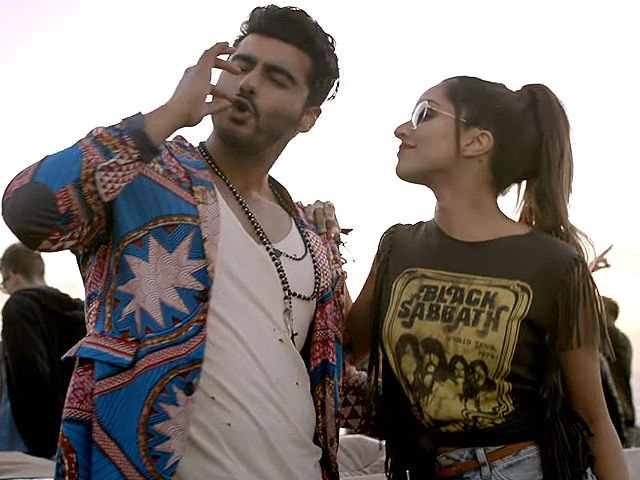 A still from Half Girlfriend's Mere Dil Mein

Arjun Kapoor will be seen portraying the role of Madhav Jha, man who hails from Patna, Bihar in Half Girlfriend. Shraddha Kapoor will feature as Riya Somani, a Delhi-based college student.
The trailer of Half Girlfriend was unveiled by the makers of the film on April 10.

Half Girlfriend, which is scheduled to release in theatres on May 19, is based on Chetan Bhagat's novel of the same name. The film has been shot across Bihar, Varanasi, New York and Cape Town.
Half Girlfriend marks the third collaboration between Sharddha Kapoor and filmmaker Mohit Suri. They have previously worked together in films like Ek Villain and Aashiqui 2.
Arjun Kapoor was last seen in R Balki's Ki and Ka, co-starring Kareena Kapoor. He will next be seen in Mubarakan, directed by Anees Bazmee. The film also stars Anil Kapoor, Ileana D'Cruz and Athiya Shetty in lead roles. Mubarakan is slated to release on July 28.
After Half Girlfriend, Shraddha Kapoor will be seen in Apoorva Lakhia's Haseena: The Queen of Mumbai.