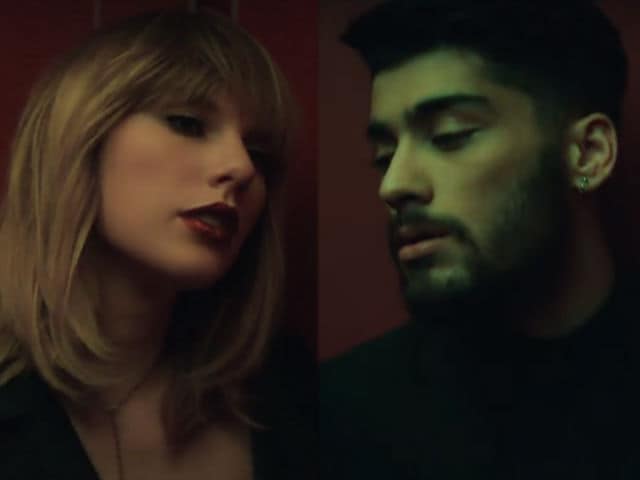 Both Zayn and Taylor feature in the song.

Former One Direction member Zayn Malik collaborated with Taylor Swift to sing the I Don't Wanna Live Forever for Hollywood film Fifty Shades Darker, which is the second film in Fifty Shades of Grey series. I Don't Wanna Live Forever features both Zayn and Taylor singing the song set against a dark background. Fifty Shades Darker directed by James Foley is set to hit the screens on February 10 in USA. The film features Jamie Dornan and Dakota Johnson as Christian Grey and Anastasia Stelle. The film series is an adaptation of E L James' trilogy.
Watch Zyan Malik And Taylor Swift's song

The trailer of Fifty Shades Darker released in September last trailer and at that time it set a new record with more than 114 million views in first 24 hours. The trailer was seen more than 2.5 million times on its official Facebook page alone. It was also made available across multiple other platforms such as YouTube and Instagram.
The first film in the series, Fifty Shades of Grey, released in February 2015 and it was directed by Sam Taylor-Johnson. Sam quit the series as she reportedly had a tough time with writer EL James while filming the first adaptation.
In Fifty Shades Darker, Anastasia moves on after breaking up with Christian Grey. Christian convinced her give their relationship another chance, this time on Anastasia's terms. They reconcile but soon Christian's past comes in their way and threatens to destroy everything they hold dear.