Henry McCullough played with the Grease Band with Joe Cocker at Woodstock, and worked at various times with Marianne Faithfull and Donovan, and he also appeared on the original cast recording of Jesus Christ Superstar 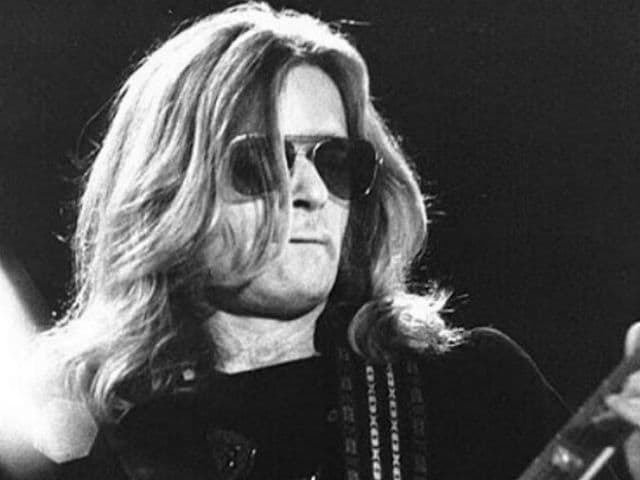 Henry McCullough, who played guitar in Paul McCartney's band Wings, has died. He was 72.
His live music agent Nigel Martyn said Mr McCullough died after a long illness. He said the guitarist never fully recovered from a severe heart attack suffered four years ago.
Mr McCullough played with the Grease Band with Joe Cocker at Woodstock, and worked at various times with Marianne Faithfull and Donovan, and he also appeared on the original cast recording of Jesus Christ Superstar.
Mr McCartney also posted on Facebook:

The Northern Ireland native was recruited to join the second version of Wings in 1971, and his guitar solo on My Girl on the album Red Rose Speedway marked a career peak.
He improvised it in a single take. "With music, sometimes you come across something and it's a gift from God and it's channeled through you," he said in a 2011 interview with the website Pennyblackmusic.
"I swear, I never heard those notes before that way." Mr McCullough, who also played on the single of Live and Let Die, walked out of Wings in July 1973 after clashing with McCartney.
The rift was patched up in later years. "Just because there's a little hiccup along the way, it doesn't take away from what you've built up," he said in a 2011 interview with the website Musiclegends.
Mr McCullough also worked with George Harrison's Dark Horse label, which produced his solo album Mind Your Own Business in 1975.
During his time with Wings, Mr McCullough was one of the people whose voices are heard answering questions at the end of Pink Floyd's song Money from the album Dark Side of the Moon. His contribution: "I don't know, I was really drunk at the time."
Mr McCullough grew up in Portstewart on the north coast of Northern Ireland, and one of his earliest musical memories was of the power of the singing at his mother's church. Mr McCullough remained active on the music scene until the heart attack in November 2012.
"Always open for offers, you know," he told Musiclegends. "It's the only way I know to make any money, to be honest with you."