Hrithik Roshan Collaborates With Transgender Band, Says It Was 'Amazing'

"I've been following the Brooke Bond Red Label 6-pack Band and when I heard that the band is creating a meaningful message in a fun, entertaining way, I had to be a part of it. Shooting with them was an amazing experience," Hrithik said 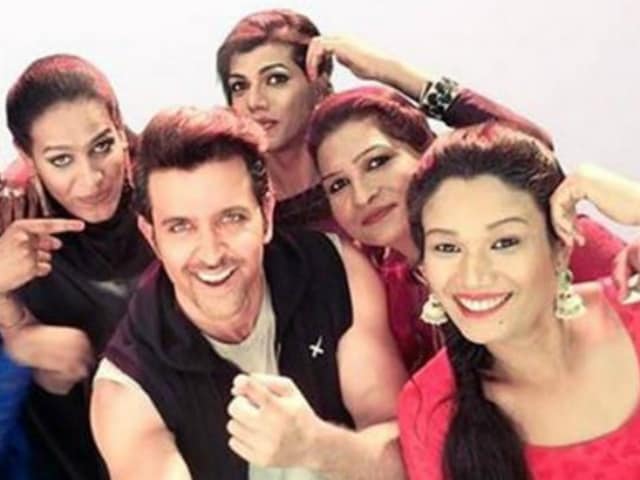 Watch me and @The6PackBand move to the coolest new single #AeRaju and empower millions. #defeatdefeat#hrx#OPPOF1https://t.co/MO7o8A6T7v

Hrithik also shared a collage of stills from the video on Instagram:

#AeRaju is out!!! Check out #Hrithik shake it with the #6packband! #hrithikroshan #Bollywood

A photo posted by Hrithikrules (Hrithik Roshan) (@hrithikrules_official) on May 3, 2016 at 2:37am PDT

The song salutes the unabated spirit of the transgender community, and the actor said that he was compelled to be part of the song as it addresses a "meaningful" message in a "fun and entertaining way".
"I've been following the Brooke Bond Red Label 6-pack Band and when I heard that the band is creating a meaningful message in a fun, entertaining way, I had to be a part of it. Shooting with them was an amazing experience," Hrithik said.
Brooke Bond Red Label tea in association with Y-Films, the youth films' wing of Yash Raj Films, is back with another song by the band.
In the song the members of band are inspired to fight discrimination and break all social barriers.
The song and its chorus are a lighter take on the trademark 'Ae Raju', a term used by the transgender community. In the video, Hrithik motivates the members of the band to unleash their inner superheroes.
The Bang Bang! star added: "I think that one of the main causes of anxiety in the society as a whole is the feeling of differentiation between people. It's important to feel connected to people around you and we cannot just reject them just because they are different from us."
Through the association with the Brooke Bond Red Label 6-Pack Band, the brand aims to encourage everyone to be more accepting, overcome social prejudices and make the world a more welcoming place.
Shiva Krishnamurthy, Brooke Bond Red Label spokesperson and Category Head - Tea, Hindustan Unilever Limited, said: "It is a wonderful feeling to see the overwhelming response and accolades that the Brooke Bond Red Label 6 Pack Band has received to date."
"The band has been welcomed with open arms by music lovers. Through our association, we want to spread the message of inclusiveness and encourage people to become more accepting, break barriers and bond over a cup of tea," he said.
The band rendered hits via collaborations with Sonu Nigam, Zanai Bhosle and Arjun Kapoor.
Watch the video: