"As I said earlier, I am ignorant of the law. If it is a law, so be it and I obey it. In these circumstances, our troupe cannot perform Isaijnani's compositions from today," wrote Balasubrahmanyam 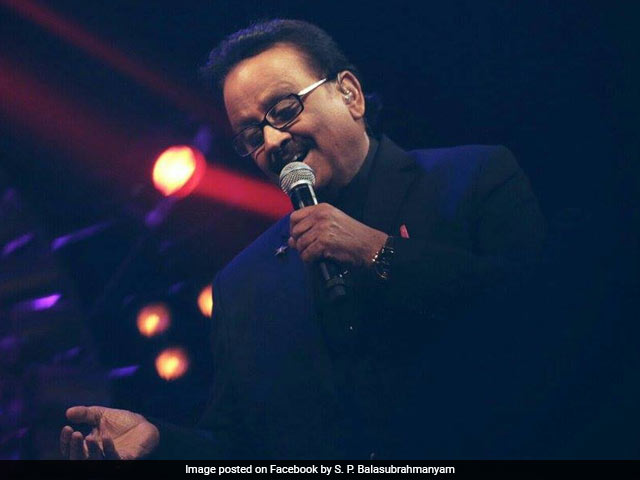 Balasubrahmanyam's tour is to celebrate his 50 years in the industry (courtesy: SPB)

Renowned singer S P Balasubrahmanyam revealed in a Facebook post that National Award-winning composer Ilaiyaraaja has sent him a legal notice citing copyright infringement for performing his compositions at an ongoing music tour. Balasubrahmanyam, who has revealed that following the "unfortunate" development, his team "cannot perform" songs composed by Ilaiyaraaja during the remaining leg of the tour, added in another post: "Do not make I.Raja-SPB issue sensational. It is unfortunate. That is all." In the Facebook post shared on March 18, Balasubrahmanyam wrote that he has been cited "legal actions" and "huge financial penalties" as consequences for the alleged copyright infringement. "I am ignorant of these legalities," he wrote. Balasubrahmanyam mentioned that notices were also sent to the organisers of the tour titled SPB - 50, his son SPB Charan and singer Chithra. The world music tour is being held to celebrate the composer's 50 years of association with the music industry.
"Couple of days back, an attorney representing Shri. Ilaiyaraaya sent legal notices to me, Smt. Chithra, Charan, organisers of the concerts in different cities and the managements of all the venues, which say that we are not supposed to perform compositions of Shri Ilaiyaraaja without his permission. If so, it is breaking the copyright law and we have to pay huge financial penalties and face legal action. Let me say, I am ignorant of these legalities," wrote Balasubrahmanyam.
In his post, Balasubrahmanyam revealed that the notice took him and his troupe by surprise, as he had already performed Ilaiyaraaja's compositions in Toranto, Russia, Srilanka, Malaysia, Singapore and Dubai as part of the tour. Balasubrahmanyam added that his world tour will go on but without any songs composed by Ilaiyaraaja's to avoid any sort of inconvenience.
"As I said earlier, I am ignorant of the law. If it is a law, so be it and I obey it. In these circumstances, our troupe cannot perform Isaijnani's compositions from today. But the show should happen. By God's grace I have sung lots of other composer's songs too which we will present. Hope you all will bless our concerts as usual. I am always grateful for your love and affection," he added.
Read Balasubrahmanyam's Facebook posts here: