Guru Randhawa said: "Suit garnered lot of appreciation and love from the audience, and it gives me immense happiness to start my Bollywood journey with such a wonderful track" 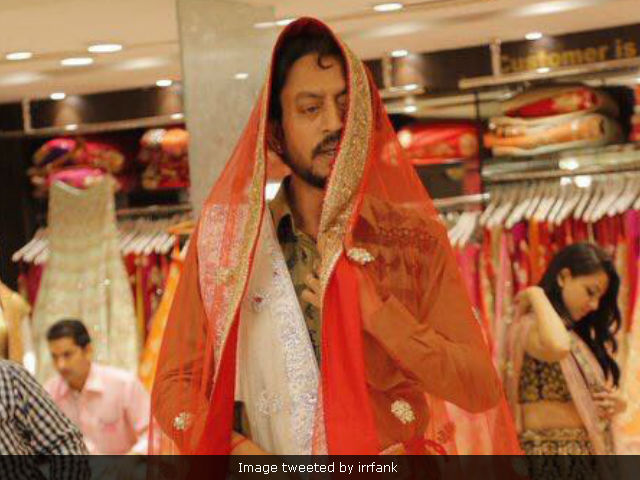 Irrfan Khan's upcoming Hindi Medium is adapting to the current trend of using old tracks with a change in films, but with a twist. Irrfan's film won't use an old chartbuster, instead a relatively new song, Guru Randhawa's song Suit, which is still a popular party number. "Hindi Medium posed a perfect and appropriate opportunity to showcase my song and ensure that the beautiful track reaches the global audience. It gives me immense pleasure to be a part of this project," Guru Randhawa said in a statement, reports news agency IANS. Guru Randhawa song released last year and has headlines several party tracks and has been on top of the many playlists.
"Suit garnered lot of appreciation and love from the audience, and it gives me immense happiness to start my Bollywood journey with such a wonderful track," said Guru Randhawa.
Here's Guru Randhawa's Suit:

Recently, Tamma Tamma was refashioned as Tamma Tamma Again for Varun Dhawan and Alia Bhatt's Badrinath Ki Dulhania. Machine, an upcoming film starring Kiara Advani and Mustafa, also revamped Akshay Kumar and Raveena Tandon's Tu Cheez Badi Hai Mast Mast. This year, Sunny Leone featured in Raees song Laila, which is a redux of Qurbani Song of the same name.
Meanwhile, Hindi Medium also stars Pakistani actress Saba Qamar, who has starred in hit Pakistani shows like Maat. The film directed by Saket Chaudhary is based on a couple from Chandni Chowk, who aspire to be a part of the elite of Delhi and being accepted by them. The film is scheduled to release on May 12.
(with IANS inputs)