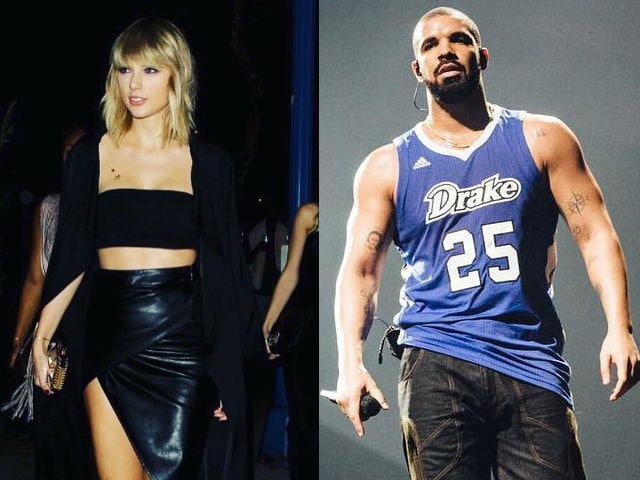 Singer Taylor Swift attended Drake's 30th birthday party which led to rumours of their romance.
The 30-year-old rapper fueled the speculation by sharing a picture of himself along with the Blank Space hitmaker on Instagram.
The picture shows Drake standing next to Taylor, 26, who's wearing a black crop top and skirt.

A slew of stars showed up to celebrate Drake's birthday on October 23 at Delilah in West Hollywood, including Taylor's frenemy Katy Perry and John Mayer, who's dated both the singers in the past.
Other guests at the party included Jamie Foxx, French Montana, Shay Mitchell, Zoe Kravitz, and Drake's dad, Dennis Graham. Rihanna, who reportedly split from Drake just weeks before his birthday, was noticeably absent from the event.
(Except for the headline, this story has not been edited by NDTV staff and is published from a syndicated feed.)