Ishq Mubarak: Arijit Singh's Voice Will Keep You On Loop With Tum Bin 2

Ishq Mubarak is the 'love song of the season,' as actress Neha Sharma calls it, but perhaps its biggest USP is that it has been crooned by none other than Arijit Singh 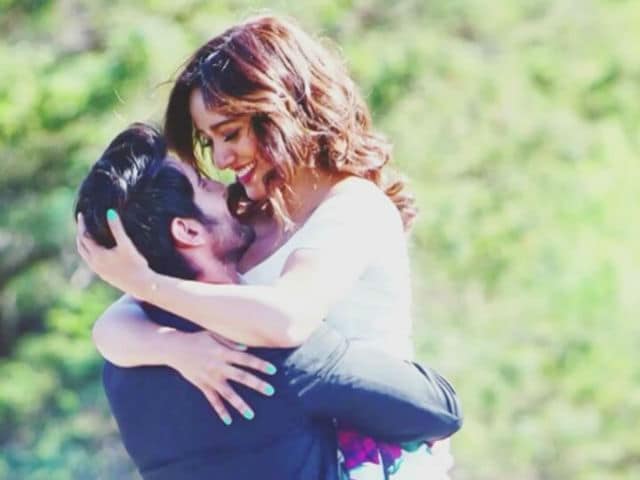 A still from Ishq Mubarak

A lot rides on the upcoming Anubhav Sinha romantic drama Tum Bin 2 for many reasons. First, it is a reboot of the sleeper hit Tum Bin, and second, it has the weight of surpassing the classic tunes of the original, which are still hummed by fans to this date.
After recreating the Jagjit Singh ghazal as Teri Fariyad with new vocals by Rekha Bhardwaj, here's comes another lilting number from the film. Ishq Mubarak is the 'love song of the season,' as actress Neha Sharma calls it, but perhaps its biggest USP is that it has been crooned by none other than Arijit Singh.
The song, composed by T-Series staple Ankit Tiwari actually fits perfectly into the composer's repertoire and should appeal to anyone who is a fan of his brand of music as seen in films like Aashiqui 2, Ek Villain and Roy.
Tum Bin 2 is a love triangle featuring Neha with two male leads - Aditya Seal and Aashmi Gulati. Until now, both the boys have got equal footage in the teaser and song. In Ishq Mubarak, however, Neha spends many romantic moments with Aditya, and Aashim is nowhere in sight, giving us a small clue of what the film may be about.
Neha had shared an Instagram video two hour prior to the track's release asking people to 'share the love.'

The song went live on Youtube on Saturday morning. It has since been shared on Twitter by its lead cast, crew and musicians involved. Arijit has received much praise for his rendition and the song was soon a trending point on the Internet.
Tum Bin 2 releases on November 18.
Watch Ishq Mubarak here: