It's a Good Day, Folks. Ranveer Singh to Perform at Coldplay Concert

With this performance, Ranveer follows up on his recent stage performance alongside Major Lazer. He was one of the most obvious choices to open for Coldplay," said a source 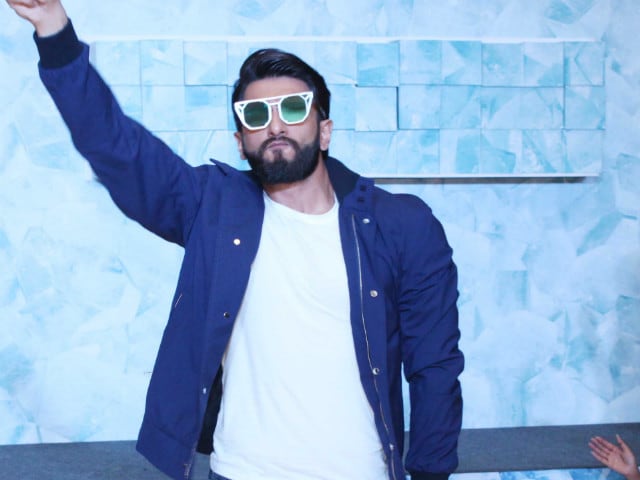 Ranveer Singh photographed at an event in Mumbai.

Actor Ranveer Singh will be sharing the stage alongside British rock band Coldplay at the debut edition of the Global Citizen Festival on November 19 in Mumbai.
Ranveer will be top-lining the list of Indian performers at the Global Citizen 2016 festival, which also marks Coldplay's maiden gig in the country, read a statement.
This is part of Global Citizen's launch of a 15-year campaign to mobilise social change in India. The event will also have a line-up of other international and Indian celebrities.
The Bajirao Mastani star will perform to a medley of his hits.
"With this performance, Ranveer follows up on his recent stage performance alongside Major Lazer. He was one of the most obvious choices to open for Coldplay," said a source.
The concert is also rumoured to have appearances by Priyanka Chopra, Jay-Z and A R Rahman in addition to headliners Coldplay.
This six-hour concert will also feature live musical performances and short films by eminent filmmakers.
In its first year, Global Citizen India will offer a wide cross-section of content and actions focused on creating meaningful impact in the areas of education, equality and clean water and sanitation.
In 2014, Prime Minister Narendra Modi participated in the Global Citizen Festival in New York. In 2015, Coldplay lead singer Chris Martin met Modi to discuss Swachh Bharat, Namami Gange and Beti Bachao - Beto Padhao initiatives.