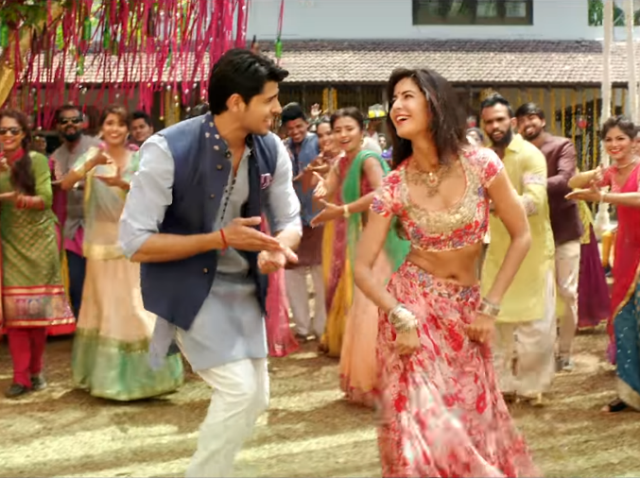 A still from Nachde Ne Saare

Blast-from-the-past Kala Chashma has been reinstated into the wedding playlist 'hall of fame' because of its Baar Baar Dekho makeover but this new song from the Sidharth Malhotra and Katrina Kaif film is also going to make the cut.
In Nachde Ne Saare, Katrina one-ups her own performance in Kala Chashma and completely steals the show as the bohemian bride, performing at her own sangeet ceremony.
Rendered by composer Jasleen Royal with Harshdeep Kaur and Siddharth Mahadevan, the video of the track, which was unveiled on YouTube on Wednesday morning, sees Katrina's character, Diya, subtly flirting with her to-be-groom in a red floral lehenga. Unfortunately, or perhaps in-character, Sidharth remains restrained and can't match Katrina's spunk.
The lyrics are quirky, tongue-in-cheek and contemporary, in the same vein as the rest of the songs of the film, and the moves, mostly picturised on Katrina, are sure to become standard at parties.
The Baar Baar Dekho soundtrack is topping the charts, and it isn't just the younger cast, which includes Sayani Gupta and Taaha Shah, joining in the fun. We see actress Sarika performing in true Bollywood style after many years, as well as actor Ram Kapoor.
Watch Nachde Ne Saare here: