Jennifer Lopez Says That Being a Singer has Been "Challenging" 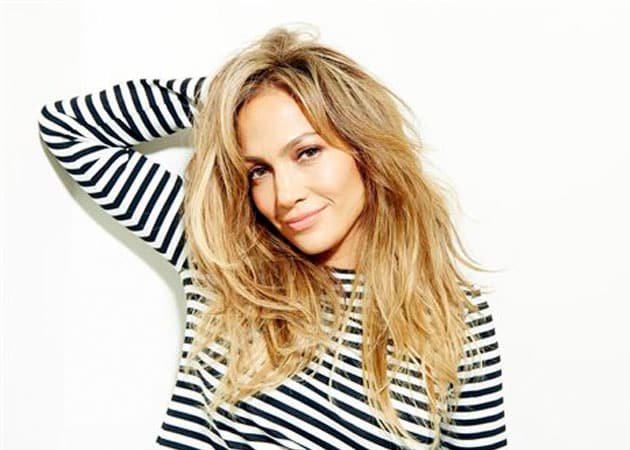 Ms Lopez released her eighth album A K A on Tuesday.(Image Courtesy: AP)

Jennifer Lopez remembers the days when her record label budgeted $1 million for one of her music videos. Today, she's attempting to create the same magic with one-tenth of the money.

Jennifer Lopez remembers the days when her record label budgeted $1 million for one of her music videos. Today, she's attempting to create the same magic with one-tenth of the money.
The entrepreneur says that being a singer has been "challenging" since she debuted on the pop scene in the late 1990s, dominating the charts with back-to-back hits while becoming a driving force on other entertainment platforms. (Also read: Jennifer Lopez, Marc Anthony Are Finally Divorced )
"It used to be like this big magical world, almost like Oz, when you'd make a record," the 44-year-old says. "(It) was like anything was possible."
The Latin singer, who released her eighth album, A K A, on Tuesday, says the music industry no longer feels like Oz.
"Now, it's like, 'We'll see if we can do that and we can give you this much,'" she says of record label meetings. "And you're like, 'Wow, OK. So how am I gonna do that?' It's a whole different mind-set."
She enjoys the challenge, Jennifer Lopez says. When coming up with creative concepts, she has thought to herself, "What great idea can I come up with that costs nothing?"
Her last platinum effort was 2002's This Is Me. Its follow-up, 2005's Rebirth, sold 745,000 units. Since then, she's had some successful singles, but she's no longer one of pop's "it" girls, racking up multiple hits, earning Grammy nominations and winning other accolades.
The performer hopes fans can hear the work she's done in the past four years on A K A, an album filled with pop, R&B and dance sounds. (Also read: Jennifer Lopez is "Stronger, Better" After Breaking Up With Casper Smart )
"I want woman to feel empowered. I want women to know what they deserve and to not take anything else, and to look at love in that way," she says.
The singer says that's why she recruited white-hot rapper Iggy Azalea for the record, "I was thinking of working with a female rapper because, again, of the strength and subject matter of the album, I wanted some girl to be talking smack with me."
Billboard reported that A K A -- Ms Lopez's first album for Capitol Music Group -- would sell about 30,000 units next week, her lowest sales for a debut week.
"The numbers today as compared to the numbers 10 years ago to me, it's a very different conversation because it's more diversified how people consume music," says Greg Thompson, executive vice president of Capitol. "We try to make sure that not only do we have a good first week, but that we can continue to sell records because I think that Jennifer's fan base will come out week two, three and four, too. It's about constantly driving that album in people's consciousness."
Mr Thompson says that he believes the current single, the Max Martin-produced First Love, is "going to go all the way." He says they plan to work the pop song throughout the summer.
High-profile guests on the album include Pitbull, Nas and Rick Ross; some of the songs were co-written by Chris Brown. However, other tracks featuring Robin Thicke, Wiz Khalifa and Maxwell didn't make the project.
"Economics come into play; all types of stuff come into play," Ms Lopez says.
The singer says that she's lucky that she and other musicians have been able to use "our creative talents in other ways," like her judging job on American Idol.
Ms Lopez says that she's been asked to return to Idol next season and plans to do so if her schedule allows. And Lopez, who is also producing TV shows and may dabble in directing and Broadway, isn't concerned about the decline in the show's ratings.
"I really feel like we got back on track and got the focus on what it needed to be, which was on the contestants and on the show and off of anything else," she says. "I think things have their heat and then they cool down and then they have their heat."