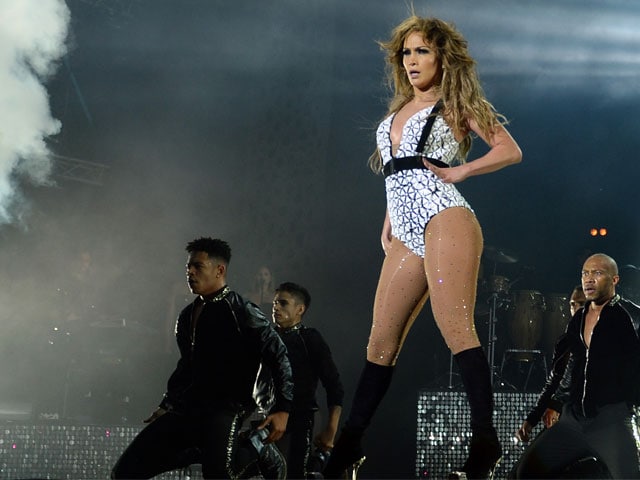 Jennifer Lopez performs during the 14th edition of the music festival Mawazine in Rabat on May 29. Image courtesy: AFP

JLo opened the Mawazine Festival in the capital city of Rabat, performing for nearly two hours for thousands of fans

Singer-actress Jennifer Lopez is in the centre of a storm after an outfit she wore while performing at a music festival in Morocco over the weekend was deemed 'inappropriate' by a conservative state official.
JLo opened the Mawazine Festival in the capital city of Rabat, performing for nearly two hours for thousands of fans, and millions more as the gig was broadcast on a state-owned television channel, reported Fox news.
JLo, 45, wore a white sparkling leotard, nude tights and knee-high black boots.
However, her performance was not appreciated by everyone and some angry viewers in the Muslim country took to social media to express their dismay. Chief among these was Justice and Development Party Communications Minister Mustapha El Khalfi who tweeted:
"What was broadcast is unacceptable and goes against broadcasting law."
According to Fox News, he has already reached out to the TV network and requested an ethics committee examine the 'moral aspects' of the concert.
The 13th annual festival will continue till June 6, and will feature live performances from the likes of Pharrell Williams, Maroon 5, Usher, Sting and Avicii.