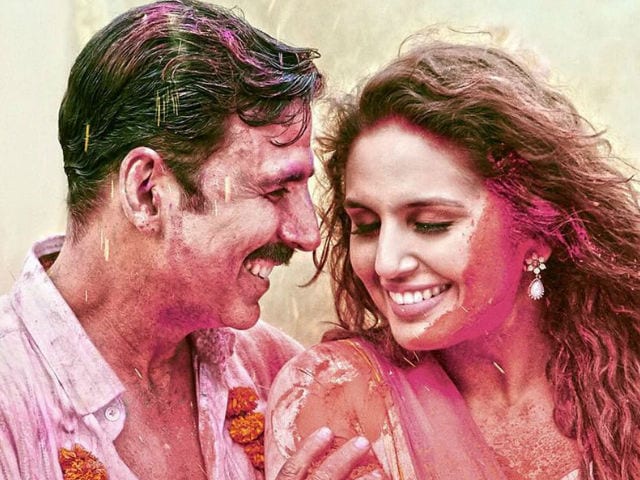 Folks are yet to wrap New Year celebrations and the makers of actor Akshay Kumar's Jolly LLB 2 are already in the mood to celebrate Holi. The film's first song Go Pagal released on Wednesday and it's a 'jolly' colourful Holi celebration. Akshay Kumar and Huma Qureshi are dancing with the townfolks, painting it in many colours, consuming alcohol and bhaang, in short, doing everything that makes then Go Pagal. Akshay's courtroom drama film will release on February 10. The song is written by Manj Musik and Raftaar, who also sang the number along with Nindy Kaur.
Watch Akshay Kumar and Huma Qureshi Go Pagal:

In the film, Akshay plays small town lawyer Jagdishwar Mishra, who hopes to make a name for himself in the field of law, but he hardly has the acumen for it. After winning a case he realizes his mistake and tries to set it right.
Watch the trailer of Jolly LLB 2:

Jolly LLB 2 is the sequel to Arshad Warsi's Jolly LLB which released in 2013 and was a sleeper hit. The film's director Subhash Kapoor reprised his position. Actor Saurabh Shukla, who played Justice Sundendralal Tripathi will reprise his role in the sequel. The actor also won a National Award for his role. Actor Boman Irani's role of the main antagonist will be taken up by Annu Kapoor.