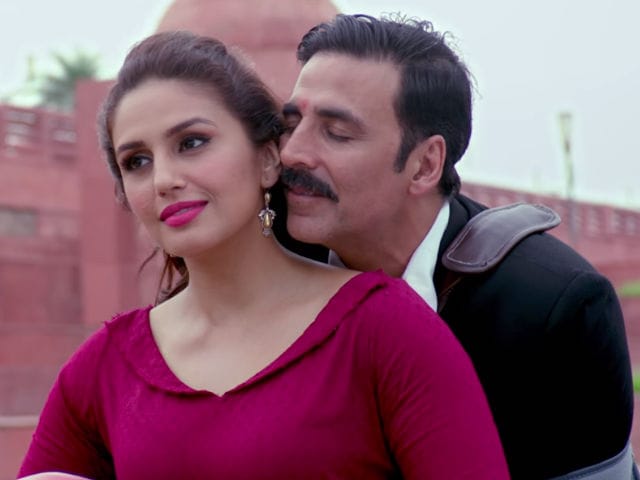 Actor Akshay Kumar shared his favourite song form upcoming film jolly LB 2 on Wednesday and it seems, it's the Internet's favourite too. The song titled Bawara Mann chronicles the deep bond Akshay, who plays lawyer Jagdishwar Mishra shares with his wife Pushpa Pandey, played by Huma Qureshi. He cooks for her and she's a fan of her husband's recipes, he dotes on her and makes a peg of whiskey, so what if he cannot afford a Gucci dress? The song composed by Chirrantan Bhatt and sung by Jubin Nautiyal and Neeti Mohan is one of the top trends.
Watch Akshay and Huma's love story in Bawara Mann

Bawara Mann is the second song from Subhash Kapoor-directed Jolly LLB 2, which releases on February 10. The first song, Go Pagal, suited the theme of Holi and also went viral.
Akshay Kumar stars as a small town lawyer who wants to make it big. Instead he steps on the wrong stone which turns his life upside down. As Jolly sets out to rectify his mistake he realizes it will be a difficult task.
The film is a sequel to 2013 courtroom drama Jolly LLB. Akshay replaced Arshad Warsi as lead in the second part while actor Annu Kapoor plays the opposing lawyer and antagonist in the film. Saurabh Shukla reprises the role of Justice Sundendralal Tripathi. Meanwhile, Arshad Warsi and Boman Irani reportedly have cameos in the film.
After Jolly LLB 2, this year, Akshay will be seen in Shankar's2.0 in which he plays antagonist opposite Rajinikanth; Toilet - Ek Prem Katha with Bhumi Pednekar and Balki's Pad Man with Sonam Kapoor and Radhika Apte. For next year, Akshay's dates are booked for a film co-produced by Salman Khan and Karan Johar.