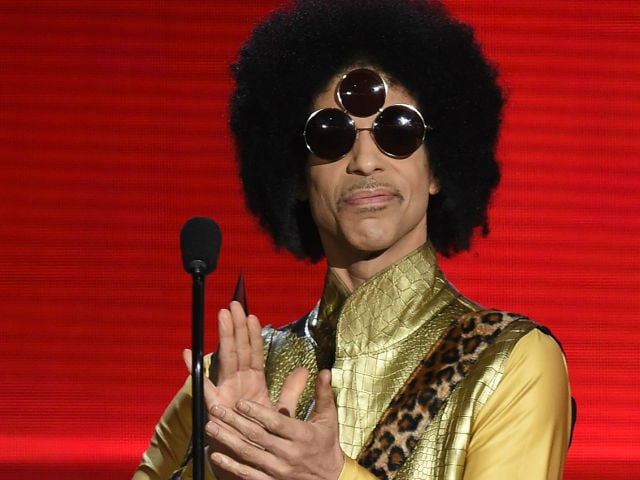 A judge has rejected claims by 29 people that they are heirs to pop legend Prince's vast fortune but ordered genetic testing that could confirm two more descendants, court documents showed Friday.
Among the claimants were five people who said they were children of Prince and because the rocker had no recognized offspring, could potentially have gained his entire estate estimated to be worth more than $300 million.
Minnesota judge Kevin Eide, in a decision on Thursday that was made public Friday, said the five claimants did not make strong enough cases to proceed.
One said his mother had a brief sexual relationship with Prince but Eide said that any right of inheritance was voided as the alleged son was legally adopted by another family.
The court document did not identify the five purported children.
The court has not announced a finding on an heirship claim by Carlin Williams, a little-known rapper from Kansas City.
Mr Williams, who is serving a sentence in a high-security prison in Colorado for gun possession, has testified that his mother had sex with Prince in a hotel room in 1976.
The Purple Rain icon - whose estate includes vast troves of unreleased material - died in April at his Paisley Park complex of a painkiller overdose at age 57 and left no will.
His immediate heirs are his sister Tyka Nelson and five half siblings, who agreed after Prince's death to appoint a professional administrator to handle the estate.
Eide, a judge in Carver County in the suburbs of Minneapolis-St. Paul, ordered genetic testing to ascertain the claims of two potential heirs.
One is Brianna Nelson, who says she is the daughter of Prince's half-brother Duane Nelson, who headed security for the singer but grew estranged and died in 2011.
The other, 11-year-old Victoria Nelson, is said to be the daughter of Duane Nelson's son, who is also dead.
Judge Eide rejected claims by 13 people who said they were relatives of Prince, ruling that lower-level relations were irrelevant as the artist had surviving siblings or half-siblings.
Among the more colorful claimants was Claire Boyd, who described herself as "the world's only non-disabled savant" and said the CIA was covering up her Las Vegas marriage to Prince.
Judge Eide also threw out claims from 11 people who said Prince had a different father than commonly thought and that either they were his father or descendants of the supposed patriarch.
The court "finds that to declare the decedent has two fathers would be intellectually unsatisfying," Judge Eide wrote.
(Except for the headline, this story has not been edited by NDTV staff and is published from a syndicated feed.)