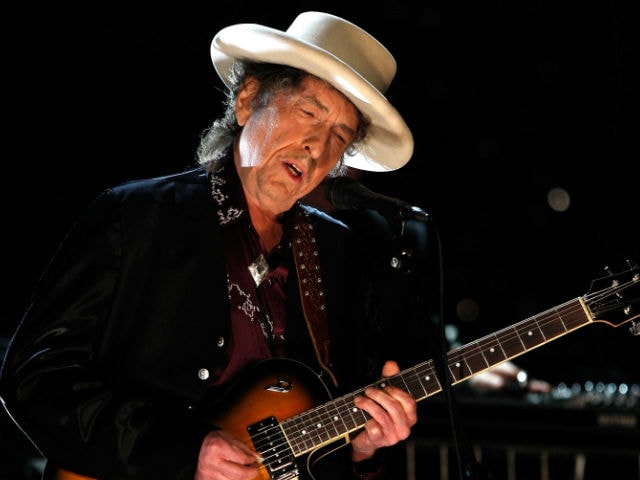 A file photo of Bob Dylan at during the 37th AFI Life Achievement Award in 2009. (Image courtesy: AFP)

American singer-songwriter Bob Dylan won the 2016 Nobel Prize for Literature on Thursday "for having created new poetic expressions within the great American song tradition."
Here's a sampling of Bob Dylan's classic lyrics:
Blowin' In The Wind, 1963
How many years can a mountain exist
Before it's washed to the sea?
Yes, 'n' how many years can some people exist
Before they're allowed to be free?
Yes, 'n' how many times can a man turn his head
Pretending he just doesn't see?
The answer, my friend, is blowin' in the wind
The answer is blowin' in the wind

The Times They Are A-Changin', 1964
Come mothers and fathers
Throughout the land
And don't criticize...What you can't understand
Your sons and your daughters
Are beyond your command
Your old road is rapidly agin'
Please get out of the new one if you can't lend your hand
For the times they are a-changin'

It's Alright Ma (I'm Only Bleeding), 1965
Disillusioned words like bullets bark
As human gods aim for their mark
Make everything from toy guns that spark
To flesh-colored Christs that glow in the dark
It's easy to see without looking too far
That not much is really sacred

Subterranean Homesick Blues, 1965
You don't need a weather man
To know which way the wind blows.

Knockin' On Heaven's Door, 1973
Mama, put my guns in the ground
I can't shoot them anymore.
That long black cloud is comin' down
I feel I'm knockin' on heaven's door.

Shelter from the Storm, 1974
I was burned out from exhaustion, buried in the hail
Poisoned in the bushes an' blown out on the trail
Hunted like a crocodile, ravaged in the corn"Come in," she said, "I'll give you shelter from the storm"

Sara, 1975
Now the beach is deserted except for some kelp
And a piece of an old ship that lies on the shore
You always responded when I needed your help
You gimme a map and a key to your door
Sara, Sara
Glamorous nymph with an arrow and bow
Sara, Sara
Don't ever leave me, don't ever go

Hurricane, 1975
Rubin Carter was falsely tried
The crime was murder 'one', guess who testified
Bello and Bradley and they both baldly lied
And the newspapers they all went along for the ride
How can the life of such a man
Be in the palm of some fool's hand ? To see him obviously framed
Couldn't help but make me feel ashamed to live in a land
Where justice is a game.

Blind Willie McTell, 1983
Well, God is in His heaven
And we all want what's his
But power and greed and corruptible seed
Seem to be all that there isI'm gazing out the window
Of the St. James Hotel
And I know no one can sing the blues
Like Blind Willie McTell