The exes began arguing on Sunday after Justin threatened to make his page private if his fans continued to post mean comments about his rumored new flame Sofia Richie. 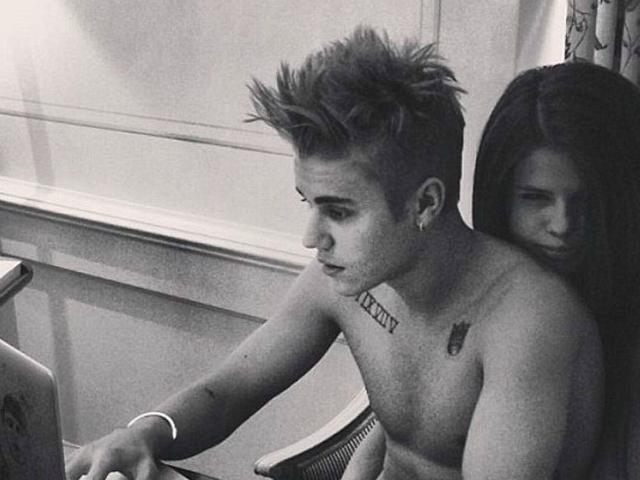 Justin Bieber has deleted his Instagram account hours after he and former girlfriend Selena Gomez indulged in an ugly spat on the photo-sharing site Instagram, with Selena accusing the pop star of "cheating multiple times".
Before leaving Instagram, Justin, however, responded to Selena's allegations, writing, "I cheated. Oh, I forgot about you and Zayn?" The comment was later deleted.
The exes began arguing on August 14 after 22 year-old Justin threatened to make his page private if his fans continued to post mean comments about his rumored new flame Sofia Richie.
Responding to this, 24 year-old Selena asked him to stop posting photos of the 17-year-old model and stop blaming his fans.
"If you can't handle the hate then stop posting pictures of your girlfriend lol. It should be special between you two only. Don't be mad at your fans. They love you," Selena wrote in the comments section before deleting it.
Later, Justin appeared to diss her as he commented on his own post, "It's funny to see people that used me for attention and still try to point the finger this way."
In another comment, the Hands to Myself singer then revealed that her ex-boyfriend cheated on her "multiple times" when they were still dating.
"Funny how the ones that cheated multiple times, are pointing the finger at the ones that were forgiving and supportive," she wrote. "No wonder fans are mad. Sad. All love."
Justin shot back hinting she went out with former One Direction member Zayn Malik while in a relationship with the Baby singer.
Justin and Selena dated on and off for years before splitting in 2014. This feud is particularly upsetting for fans of the former couple, who hoped to see them get back together.