Justin Bieber, Selena Gomez back together? 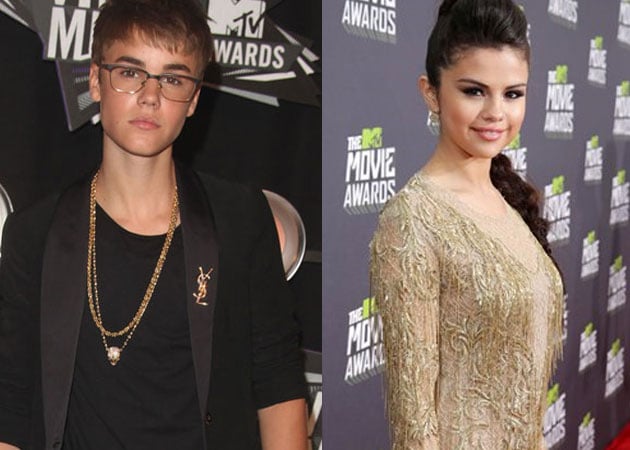 Justin Bieber briefly posted an uncaptioned new photo of him and Selena Gomez cuddling up together on Saturday (20.04.13) but he quickly deleted it.

Justin Bieber has hinted he and Selena Gomez are officially back together.
The 19-year-old Beauty and a Beat singer - who was dumped by the brunette beauty in December after a tumultuous two year relationship - briefly posted an uncaptioned new photo of them cuddling up together on Saturday (20.04.13) but he quickly deleted it.
(Read: Selena Gomez broke-up with Justin Bieber because of his immaturity )
The Spring Breakers actress flew to Norway earlier this week to see the Baby hitmaker, who is currently on tour, and they were soon spotted kissing.
A source previously said: "They were holding hands, hugging and they kissed on the lips. They looked really in love, like no fights ever happened before. It definitely looked like they were back together."
Pals recently insisted that despite their on/off relationship, the pair - who split late last year - can't stay away from each other and have an intense connection.
One friend also said: "They are totally hooking up again. There is definitely some unfinished business there and they need to work things out."
But friends close to Selena are not impressed that she is spending time with her ex-boyfriend again, despite the fact she wants to keep their relationship casual for the moment.
The insider said: "None of her girlfriends think it is a good idea. She's definitely not looking to get back with him for the long haul."
The duo broke up shortly after holidaying in Mexico where they had planned to ring in the New Year together but got into a huge argument on December 30 after she allegedly found text messages from other girls on his phone.