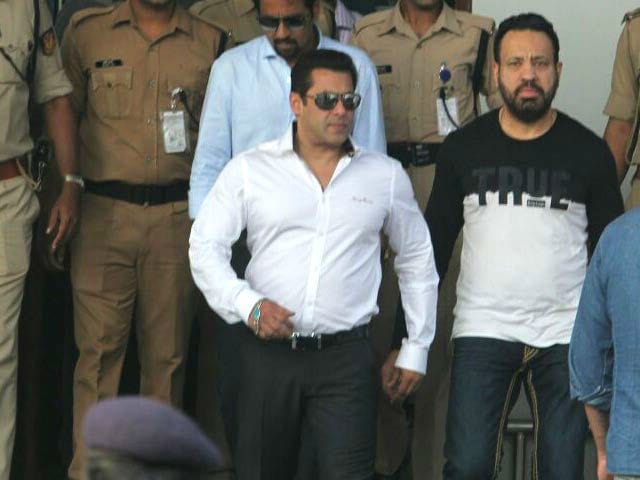 Shera has been with Salman Khan for over 20 years.

Superstar Salman Khan's bodyguard, Shera, has reportedly been roped in to head the team in charge of Justin Bieber's security for his Purpose Tour, India chapter. Justin Bieber will arrive in Mumbai on May 8 and news agency IANS reports that Salman Khan will host the Grammy-winning singer. Shera, Salman Khan's trusted aide, has been delegated to lead the team looking after Justin Bieber's security arrangements while he is in Mumbai, sources told IANS. This is in addition to the Z level security that Mumbai Police will provide to the singer. Shera (born Gurmeet Singh Jolly) will reportedly personally monitor Justin Bieber's security arrangements.
When in India, Justin Bieber will travel in a Rolls Royce while his 100-plus member entourage will be driven in 10 luxury sedans and two buses. The Sorry singer will also be choppered into Mumbai's D Y Patil Stadium on May 10 to perform. Justin Bieber's performance set details are also out and it includes old favourites like Baby and Boyfriend and new tracks like What Do You Mean? and Get Used to It.
Meanwhile, this isn't the first time Shera has handled the security of other celebrities. Earlier, he took charge of security of international stars like Will Smith, Jackie Chan and Keanu Reeves. Salman Khan also has offered Shera's services to his colleagues. For example, he sent his bodyguard to look after the security measures at Hema Malini and Dharmendra's daughter, Ahana's wedding.
Shera also had a cameo in Salman Khan's film Bodyguard and the actor also used the logo of Shera's Tiger Security in the film.
(With IANS inputs)