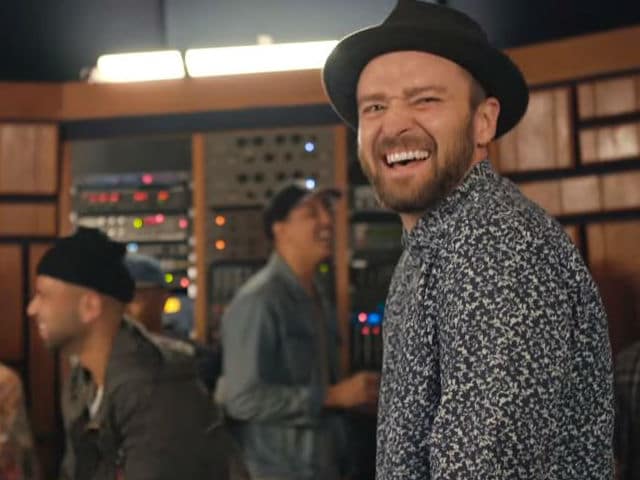 Justin Timberlake in a still from Can't Stop the Feeling.

Pop superstar Justin Timberlake returned with his first new song in three years, a cheery pop number that will appear on his upcoming movie Trolls. Justin released a video for Can't Stop the Feeling in which the singer dances across his studio with appearances by other voice actors from the movie including actress Anna Kendrick and fellow pop star Gwen Stefani. Trolls, a three-dimensional animation to be released by studio DreamWorks on November 4, is based on troll dolls, the frazzled-hair toys that have enjoyed periodic popularity in the West since the 1950s and are based on the mischievous small hermits of Norse mythology. But Can't Stop the Feeling has little obvious connection to trolls and instead takes on a summery party vibe, with an electronic backdrop to the chorus in which Timberlake sings, Nothing I can see but you when you dance, dance, dance. The sound is stylistically consistent for Justin, who has recently appeared with country stars Little Big Town and Chris Stapleton, raising speculation he would make a musical turn back to the genre rooted in his native state of Tennessee. Justin became a superstar in the late 1990s as a member of NSYNC, one of the most successful boy bands. He managed not only to stay successful but to win critical respect as a solo artist, often adopting an R&B sound. The song is his first release since his double-album The 20/20 Experience in 2013 and since he and his wife, actress Jessica Biel, had a child a year ago. Justin, 35, has also been an active actor, playing roles in films such as the Facebook drama The Social Network and Inside Llewyn Davis, the Coen Brothers' dark take on a struggling folk singer.