Kaabil Song Kuch Din: New Kaabil song Kuch Din is in the same vein as Kaabil Hoon and documents Su and Rohan's happier times ahead of their wedding 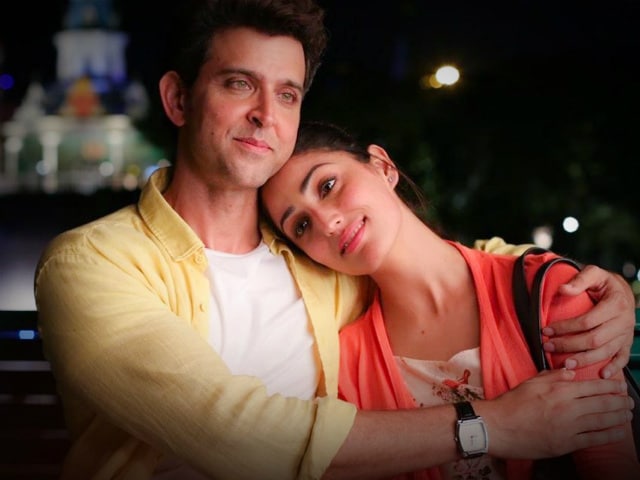 Kaabil Song Kuch Din: A still from the song

Kuch Din, the new song from Hrithik Roshan's upcoming thriller Kaabil, released on Thursday and became a top trend on Twitter within minutes. Hrithik Roshan, who shared the song on Twitter, wrote: "From the first thought to the last. From the first day to the last. #KuchDin is for love that lasts forever." Kuch Din is the third Kaabil song which has been unveiled so far. Kaabil is directed by Sanjay Gupta and stars Hrithik Roshan and Yami Gautam as Rohan Bhatnagar and Su - both of who are visually impaired characters. Hrithik Roshan, 42, and Yami Gautam, 27, will share screen space for the first time in Kaabil.
The new Kaabil song Kuch Din is in the same vein as Kaabil Hoon and documents Su and Rohan's merry times ahead of their wedding. Su and Rohan celebrate birthdays, have fun at carnivals and share certain first-time experiences together. However, unlike the trailers, Kuch Din is a very feel-good song and is minus any melancholy undertones.
Romantic number Kuch Din has been sung by Jubin Nautiyal with music by Hrithik Roshan's composer uncle, Rajesh Roshan.
Video: Watch Kuch Din from Kaabil:

It was recently rumoured that Hrithik Roshan's Kaabil was to be sued by web-streaming service provider Netflix for alleged similarities with Netflix's original web-TV series Daredevil. However, Netflix deismissed the reports in a statement saying: "Netflix has no record of such a plan and we are checking into the source of this rumour." Both Kaabil and Daredevil feature visually-impaired protagonists.
Video: Watch the trailers of Kaabil here:

Directed by Sanjay Gupta and produced by Hrithik's father Rakesh Roshan, Kaabil was rescheduled to hit screens on January 25 from January 26. It will clash with Shah Rukh Khan's Raees, a drama based on a Gujarati liquor boot-legger and crime lord.