Kanye West Wants Biopic to be a Comedy and Not Preachy

They have exchanged multiple emails about the film, which Kanye West wants to be a comedy movie filled with lots of funny one-liners and slapstick gags rather than be a rags-to-riches tale 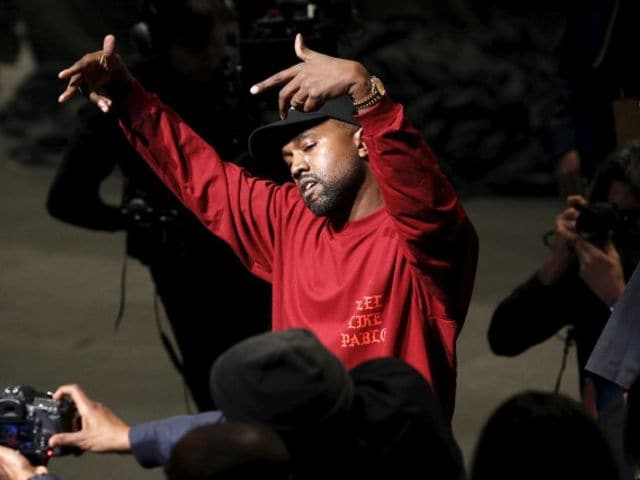 A file photo of Kanye West.

Singer Kanye West and comedian Will Ferrell have started working on plans to turn the former's life story into a film. The 39-year-old hip-hop artiste, who is married to reality TV personality Kim Kardashian West, has been in contact with Will to discuss plot ideas for a biopic about his rise to fame, reports Female First.
They have exchanged multiple emails about the film, which Kanye wants to be a comedy movie filled with lots of funny one-liners and slapstick gags rather than be a rags-to-riches tale about his ascent to the top of the music business.
"Kanye has been thinking about this for a long, long time and he has been trading ideas and discussions with Will to make a funny comedy about his life. But rather than take himself too seriously, he really feels it has to be a comedy and not a preachy film. He wants it to be an easy watch, filled with laughter just like the movies he loves," a source told website Dish Nation.
Kanye has also been discussing his ideas with Will's long-time collaborator Adam McKay as he is a huge fan of the pair's movies, which include Anchorman: The Legend of Ron Burgundy, Talladega Nights: The Ballad of Ricky Bobby and Step Brothers.
(Except for the headline, this story has not been edited by NDTV staff and is published from a syndicated feed.)