Katrina Kaif Will Rock Dream Team Concert. With or Without Kala Chashma

Katrina Kaif latest Facebook update is from the Dream Team tour. We wish other members of the troupe revealed more too 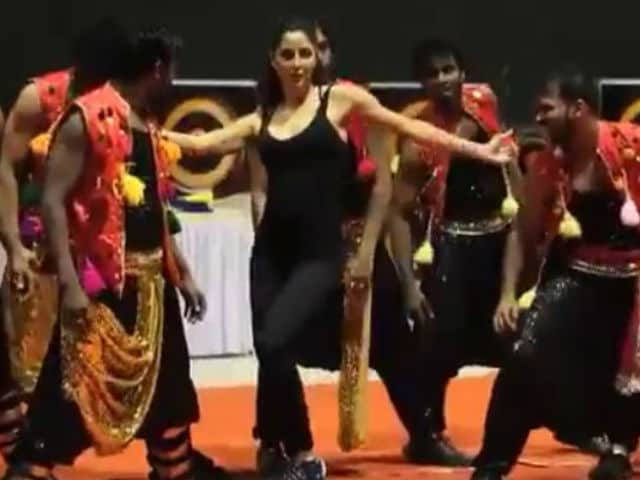 A still from the video posted on Facebook by Katrina Kaif

Her new Facebook page is ensuring that we reach peak Katrina Kaif, lucky us. The famously reticent actress using social media to full capacity with posts about her upcoming projects and her latest update is from the Dream Team concert tour. Katrina shared a video from a practice session, in which she rehearses to a medley of her greatest hits - Sheila Ki Jawani, Dhoom Macha Le and Chikni Chameli. We love Katrina's moves:
The Dream Team also includes actors Alia Bhatt, Parineeti Chopra, Katrina's Baar Baar Dekho co-star Sidharth Malhotra, Varun Dhawan, Aditya Roy Kapur, filmmaker Karan Johar and rapper Badshah. Most of the group is keeping their Dream Team stories off social media for the time being.
Not Varun though. The 29-year-old actor shared a picture with co-performer Aditya Roy Kapur, bonding on the sidelines of a practice session:


The boys are ready Houston are you. 12th August we kick of the #DreamTeam tour can't wait!!! pic.twitter.com/mu8SCcaKmd

He also shared that Parineeti injured her foot while rehearsing:


#dreamteam rehearsals on working hard with the hardest worker @ParineetiChopra. Whose hurt her foot but will recover pic.twitter.com/TVdSxnV3VP

But Parineeti will continue her journey with the Dream Team:


Thanks guys. Foot has been shown to the doctor and is healing. Whats a show without an injury!! Haha. Performing in 3 days #DreamTeam2016

The Dream Team starts touring USA and Canada on August 13. Alia is packing and rehearsing simultaneously:


Dancing while I pack!!!! Here we goooo @ParineetiChopra@S1dharthM@Varun_dvn@Its_Badshah@karanjohar#KatrinaKaif#Adi#DreamTeam

Parineeti is 'dying to leave':

We wish the Dream Team would share more information with us. But thanks to the paparazzi, we've got glimpses of the stars at the rehearsal studios: 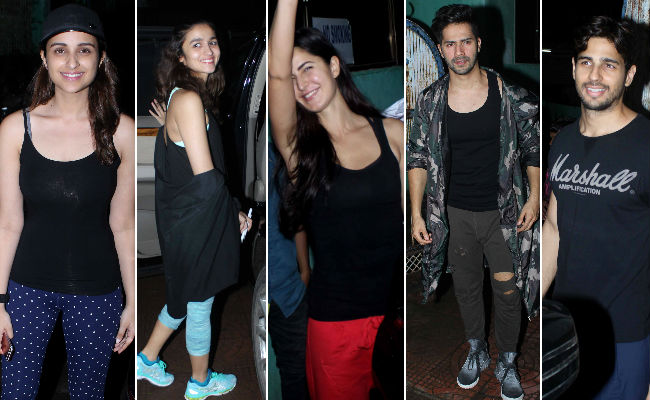