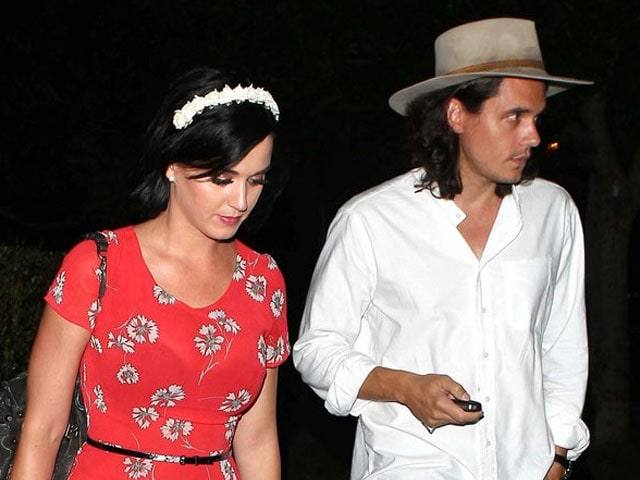 John and Katy have been in an on-off relationship

Singer Katy Perry and her on--off beau John Mayer, who reportedly ended their relationship again in March, were spotted holding hands during a dinner earlier this month.
Katy and John were spotted having dinner together at brand-new West Hollywood hotspot Ysabel on April 4, reports eonline.com.
The duo, who were joined by another couple for the outing, engaged in some public display of affection by cosying up with one another and holding hands throughout the outing, an insider told eonline.com
The source also added that they "definitely" looked like they were back together.

In January, the duo sparked rumours of a reconciliation when they were spotted at dinner together at a friend's house in here.
John and Katy were reportedly were all smiles during the party, and they were subsequently seen together a number of times.