"She went from Finding Nemo to Jurassic Park. I know, judge me. It's fine," she said 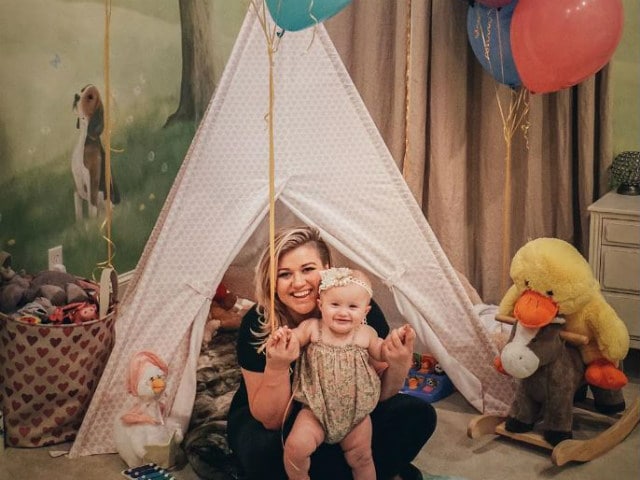 Singer Kelly Clarkson says her daughter is somewhat a treacherous toddler and she has to work hard to control her, reported E! online.
The singer, 34, has two-year-old River Rose and five-month-old Remington "Remy" Alexander with husband Brandon Blackstock.
"She's a terrorist. She's so bossy. She can be the most lovable human and then just as mean," Ms Clarkson jokingly said.
The singer also opened up about Rose's obsession with dinosaurs.
"She went from Finding Nemo to Jurassic Park. I know, judge me. It's fine," she said.