Lata Mangeshkar is "always on tenterhooks" singing for perfectionist brother 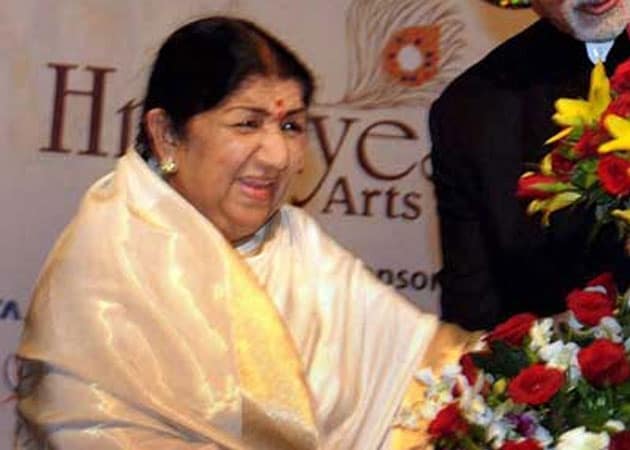 She is known as the Nightingale of India, but Lata Mangeshkar says that her brother Hridaynath is such a perfectionist that it is not easy to live up to his expectations.

She is known as the Nightingale of India, but Lata Mangeshkar says that her brother Hridaynath is such a perfectionist that it is not easy to live up to his expectations.
On Raksha Bandhan, which is being celebrated on August 21 this year, the singing legend talks about her brother and their relationship at length.
"More than a brother, Hridaynath is the son that I never had. When I sing for my brother, I feel a mixture of elation and fear. He's such a perfectionist. To work with him is taxing but ultimately very satisfying," said Lata.
"When I sing for other composers, I'm always unsure about whether I've done my best. Hridayanath doesn't hesitate in ticking me off if I go wrong. Even if I go wrong with one word, he doesn't let me off the hook. He makes me sing it a hundred times over... no matter how tired I get. At the most he'll let me off until the next day. But he must have a flawless recording.
"I agree with him when he says, 'Right now only the recordist and I can hear you. But tomorrow the entire world will hear you. How would you feel if listeners pinpoint the errors in your singing?'"
Hridaynath started his music career with Marathi film Akash Ganga and also composed for Hindi films like Lekin and Maya Memsaab. Lata sang songs like Yaara seeli seeli and Yeh shehar bada for her brother, other than going behind the mike for his Marathi numbers.
"He's a very knowledgeable human being and not just in the field of music. Hridayanath is very particular about the way I sing. And I like that. He makes me sing until I achieve the quality he desires. He's as particular with any singer, whether it's my sister Asha or Usha," said Lata.
Lata says Hridayanath has the knowledge to achieve a high quality in the recording as he has a sound base in classical music and he also listens to the old songs of his father (Pandit Dinanath Mangeshkar) and uses them as a foundation for some of his compositions.
"I'm always on tenterhooks singing for him. He's a very learned musician. His knowledge of Marathi literature and poetry is so vast. He's familiar with both modern and non-contemporary poets. By god's grace all my albums with my brother have been perennially popular.
"My first non-film album with Hridayanath was Mogra Phulela 35 years ago. And that's still selling. It wasn't a conscious decision to not work together for so long. Nothing materialised for one reason or another... Hridaynath's album of Meera bhajans, Chala Vahi Des is an all-time favourite.
"It's a fallacy that I refused to sing Meera bhajans for anyone except my brother. I sang Jaidev's Main janoon nahin piya ko Milan kaise howe ri in Chand Grahan and Jo tum todo piya for Shiv-Hari in Silsila. I refused to give playback to the film on Meerabai when Gulzar made it.
"I also love what my brother made me do in Maya Memsaab and Lekin. In the CD of Lekin, there's a ghazal Dil mein lekar, which didn't feature in the film. I love that as well.