Maana Ke Hum Yaar Nahin: Parineeti Chopra's singing debut is being like by many and has crossed four million views un a day of its release 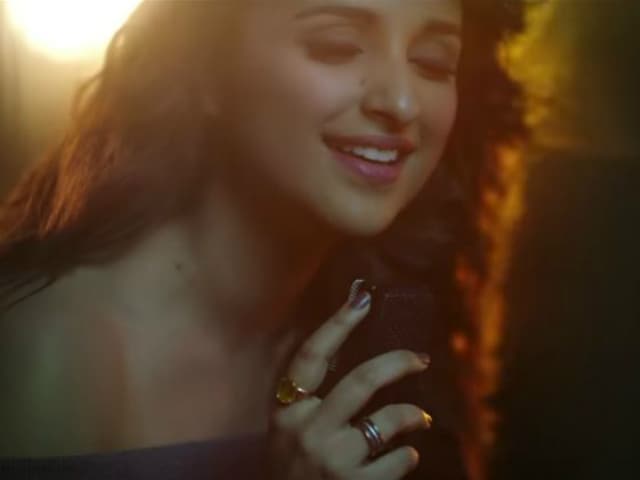 Actress Parineeti Chopra, who recently released her debut song Maana Ke Hum Yaar Nahinfrom her forthcoming movie Meri Pyaari Bindu, is on cloud nine because her song has crossed four million views in a day. Parineeti, who is busy shooting for the fourth instalment of Golmaal, has made her singing debut with the new song and not just her fans Bollywood also went gaga over it. The actress received accolades for her song by her Golmaal Again co-stars, sister Priyanka Chopra, close friends Alia Bhatt, Shraddha Kapoor and many other. The video song released by Meri Pyaari Bindu's production company Yash Raj Films features the actress, who appears to enjoy solitude after a supposed break-up.

The song went viral within minutes of its release on Tuesday. Priyanka, who is currently shooting for the second season of American TV series Quantico in New York, tweeted saying: "Proud of u baby! Ur daddy will be proud! So would mine! (sic). The Shuddh Desi Romance actress was quite happy with the compliment and replied, "wants to follow your footsteps." Priyanka earlier said that Parineeti was rehearsing every day for the song. Celebrities like Alia Bhatt, Shaan, Kunal Kapoor, Arshad Warsi, Athiya Shetty and congratulated the actress for the song.
Actor Arjun Kapoor and Parineeti's Ishaqzaade co-star congratulated the actress in his own way and wrote: "My training has helped u so much...well done." Also, Filmmaker Sajid Khan said: "Runs in the family, doesn't it? Superb pari..another feather in your cap."
Composed by Sachin-Jigar and written by Kausar Munir, Maana Ke Hum Yaar Nahin is the first song of Meri Pyaari Bindu which has released.
Here's the song if you have missed it:

Directed by Akshay Roy, Meri Pyaari Bindu is an upcoming romantic movie starring Ayushmann Khurrana as a Bengali novelist Abhimanyu Roy and Parineeti as Bindu Madbhur. The movie, which is shot in Kolkata, is set to hit the theatres on May 12.